Home News Actress Caroline Speaks OnWhat She Does To Get Roles,Feud With Davido

Nollywood actress, Caroline Danjuma, has said that she is better and different from all other actresses.
The actress seems to have moved on from the death of her former lover, Tagbo Umeike, and back with acting. 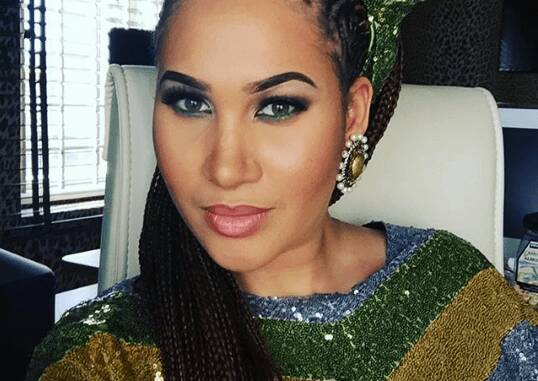 “I am different from any other actress because I am Caroline and there can never be another Caroline. Nobody can interpret roles the way I do and I cannot interpret roles like my colleagues do too. Everyone has their own strength and weakness. I have so much to offer
than my beauty. I have my brain; so, no one can push me aside.”

“I look at the location, characters and the pay I’m taking home. If I am going to give my all, I need you to give me your 100 per cent as well. I have bills to pay; I cannot do charity work.”

When asked if she has settled her feud with Davido, the actress declined to speak as she veered into how piracy and low percentage of earnings discouraged her from producing movies in recent times.

“It is really tough for producers. I won a lot of awards for the two movies, In the Cupboard and Stalker, I produced three years ago, but I didn’t recoup the money I invested in them. Piracy makes producers struggle to get returns on
investments. We also have very few cinemas in the country and the existing ones rip you off by taking 70 per cent of the profit of your creative work.

Sometimes, it takes us five years to write a
script and put a movie together. By the time you are done, someone else enjoys 75 per cent of it and you are left with literally nothing. All these have discouraged me from producing because I am not a ‘monkey that would work for a baboon to eat’. After my movie is pirated, the cinema will also take 70 per cent of what I
have worked for? It doesn’t make sense.

Sometimes I plan controversies for myself – Wendy Shay confesses

Violette - August 9, 2019 0
Wendy has been ‘Shaying’ on us in different ways. Ghanaian Singer, Wendy Shay has revealed that she sometimes create ‘bad news’ about herself to...

Johnson Olumide - October 30, 2018 0
President Donald Trump in an interview with Axios on Monday, disclosed his plan to sign an executive order to end birthright citizenship to babies of non-citizens and...

Eddie Andy - March 5, 2018 0
Foutanga Babani Sissoko, a Malian playboy with a distinct swagger, scammed the Dubai Islamic Bank of 242 million dollars with nothing more than empty...

Johnson Olumide - December 15, 2018 0
Durex Condom shaded Linda Ikeji, shortly after the blogger revealed that she ‘fell’ pregnant for her baby daddy, Sholaye Jeremi after a back and...

Johnson Olumide - March 21, 2020 0
Former Miss World Agbani Darego is giving every young person out there a run for their body. The model took to her IG page to...