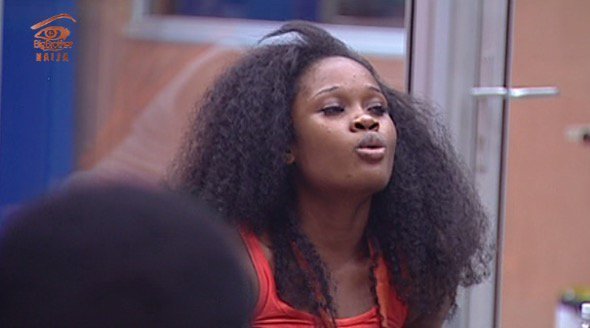 Housemate, Cee-C has stated that she finds being in the Big Brother house as a waste of time.

The housemate who was discussing with her fellow housemates, Angel and Nina, also said she does not really care what happens in the house.

She stated that leaving and remaining in the house is just the same thing.

Cee-C, who is seen as the most controversial housemate in the 2018 edition of the show, once had face-off with other housemates such as Nina and Lolu.

Cee-C had also told fellow housemates that she can make the Big Brother N45 million grand prize in one week outside the house.

She said, “For me, being in this house is actually a waste of time.

“I don’t even care what’s going on out there, these people shouldn’t force me to bring out the real me because they won’t like it. That is why I like minding my business.”