Yesterday in Big Brother’s house, one of the housemate, Ifu Ennada called out popular Nigerian rapper, CDQ Olowo and accused him of dumping her after sacrificing so much for his music career. She said he forgot about her after becoming a star.

READ ALSO
Pellets are still coming out of my head - Angela Okorie says, two years after a failed assassination on her (Video)
According to Ifu Ennada, she was just 17 when she “sponsored” CDQ, gave him money meant for her handouts, her school fees, and also gave him tickets to VIP event. Only for her to be used and dumped. She added said it is not about the money but about the sacrifice she made for him.

Reacting to the News, CDQ Olowo said on his post on Instagram that Ifu was just a ‘One Night stand’ and that he achieved all he has by himself with no help from anybody.
See Post below: 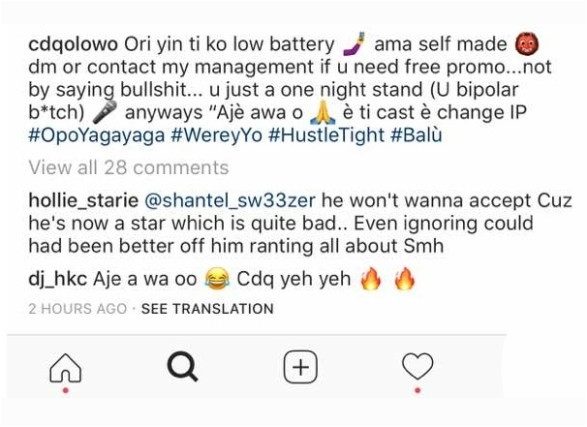