Home News #BBNaija: I spent money on CDQ when I was in school 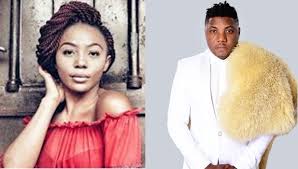 The housemate claimed that she assisted the rapper financially when she was in school – She further revealed that even though she helped the rapper he gave her nothing in return A female contestant in the Big Brother Naija house has called out a popular Nigerian rapper on the reality show.

Enada further alleged that CDQ failed to offer any form of assistance even though she sacrificed a lot to help him before he became famous. Meanwhile, a video of the young lady while she made the accusations on television went viral on social media.

Although, it is unclear if Enada’s accusations are true, many Nigerians are wondering whether the nature of CDQ and Enada’s relationship was a romantic or a business relationship.

From the video making rounds on social media, the housemate seemed convinced that she had a relationship with the rapper that ended badly in the past.

Johnson Olumide - April 17, 2018 0
Facebook user Marin Beck Nworah, has taken to the platform to recpunt his experience with an elderly taxi driver.  According to Nworah, he forgot A...

Eddie Andy - May 2, 2018 0
Ghanaian actress, Juliet Ibrahim has reacted to Davido buying his lover, Chioma a N45million Porsche for her birthday. The lovely Ghanaian actress revealed that ladies will no...