An Air Peace flight from Lagos was on Saturday afternoon prevented from landing at the Akure Airport as cows took over the runway . 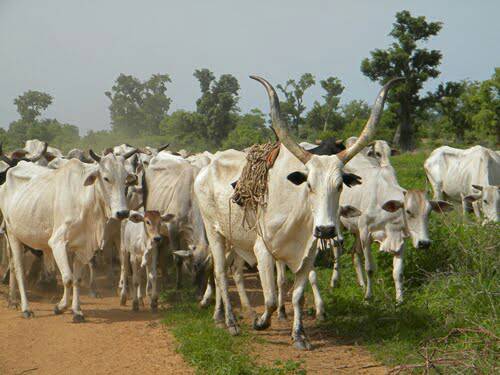 Eyewitnesses said it took the efforts of airport security and other aviation staff to clear the runway .

The pilot was said to have contemplated returning to Lagos before he was eventually cleared to land. The Corporate Communications Manager of Air Peace, Mr. Chris Iwarah , confirmed the incident to our correspondent .

Iwarah said , “ At about 12 . 15 pm the control tower advised our pilot to hold because cows were on the runway of the airport. The flight held for about seven minutes.

“ They also called the Federal Airport Authority of Nigeria ’s Aviation Security department to clear the
runway which was done. The pilot was asked to land after the runway was
cleared.

“ The aircraft landed safely without any incident and passengers were duly informed about the situation while they were still hovering waiting for instruction to land .”

He added that when the aircraft was also about to return to Lagos at about 1 .02 pm, the pilot was advised to hold on to confirm if there were still cows on the runway .

In a statement by its General Manager, Corporate Affairs , Mrs . Henrietta Yakubu , FAAN also confirmed the incident and apologised to Air Peace and the affected passengers for the
runway incursion .

The agency said normalcy was quickly restored as officers of the aviation security department quickly dispersed the cows from the runway and cleared the aircraft to land.

Meanwhile, the Governor of Ekiti State , Ayodele Fayose has hailed Air Peace pilot for saving the lives of the passengers The governor , on his Twitter handle, said he witnessed cows taking over the airport runway and preventing Air Peace aircraft , No. 5 NBQQ , from landing for some minutes.