Home News How I Met and Proposed to Funke Akindele – JJc... 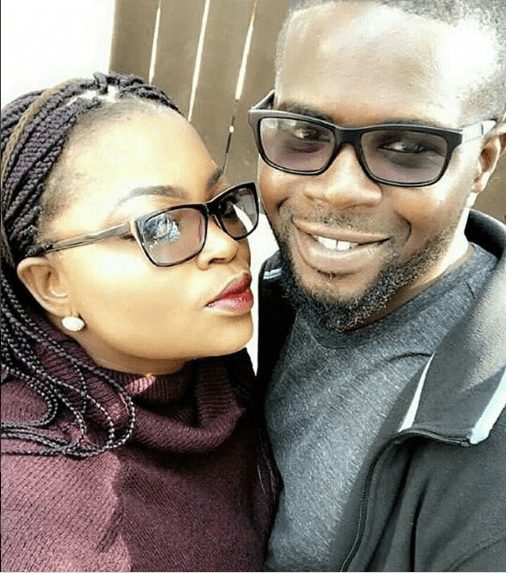 JJC and wife filmmaker Funke Akindele got married in London almost two years ago. In a recent interview, JJC, opened up on how he met his wife and what attracted him to her.

My wife is a fantastic cook, she’s an amazing woman. Everything about her attracted me to her. It’s not only one thing that attracts a man to a woman, but definitely, the cooking is a plus and my wife has it all. I would want to eat her meals for the rest of my life.

On how their path crossed, “When I met her, I just met someone that wanted a director for her TV show; Jenifa’s Diary. That was in 2013. We have been going on for a long time, people just found out in 2016. We were very low key because we are two popular people in the entertainment industry. We had to protect our privacy.

She wanted someone to direct her TV series, then I was about to embark on recording the JJC album then. Her sister introduced us because she knew I was into music video directing. So, when I met her, she told me she did a movie some time ago and would like to turn it into a TV series.

READ ALSO
Jesus and John the Baptist? These photos of Jay Z and Beyonce has people enraged!

We started working together and preparing for the shoot, then one thing led to another. Here we are today, the rest is history. We just clicked.It sounds like love at first sight.Well, I would say so, because the first time I saw her, I was wowed. She also told me the same thing. We tried to keep the whole work as professional as possible but along the line, emotions ran high then asked how was the proposal

I’m a romantic person, so I gave her a dose of it. It wasn’t in an open place because only very few people knew it then. So, that very day, she came home to meet flowers, candles everywhere; quite a romantic set up. When she saw it, she had no choice than to say ‘Yes’.

Jack Dorsey, Twitter’s CEO Shows Off His Dance Steps As He Dance To Naira...

Adedokun Moses - November 11, 2019 0
The CEO of Twitter, Jack Dorsey is really having a nice time in Nigeria as he continues to explore the country. Jack Dorsey who arrived...

“I Was Not Deported,I’m a strong soul, nothing can break me”- Bobrisky

Violette - July 2, 2019 0
Bobrisky has opened up on the incident leading to his deportation last night by the very strict officials of the United Kingdom Border Agency...

Johnson Olumide - August 12, 2017 0
The La Liga giants have reached an agreement with Guangzhou Evergrande which will see the Brazil international midfielder return to Europe from China Barcelona have...

I Didn’t Plan To Have Baby Mama – Taye Currency Reveals

Johnson Olumide - April 21, 2019 0
Many were shocked when musician, Taye Currency’s 25-year-old son, Yusuf, was elected into the Oyo State House of Assembly during the recently concluded polls. Firstly,...

#BBNaija: Our kind of relationship does not permit us sharing a bed – Nengi...