Home News I Don’t Use My Dad’s Influence To Get Things Done Like Davido... 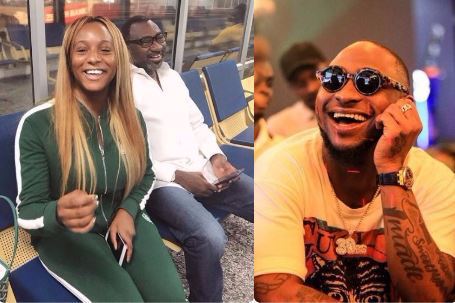 She had this to say :

I can walk into a room and before I even open my mouth, everyone has decided, and it’s like you are not giving a young woman a chance to even prove herself.”

“The only difference between Davido and I is that he decided to use the influence as an advantage from an early stage.
So David was like I am ‘omo baba olowo’ (OBO), take it or leave it! I’m not that kind of person, he was smart though, because before you can even do anything, he has already told you he is the son of a millionaire.

He did his brand thing well and he’s about that lush life, he lives large and he’s not apologising for who he is.”

Women should use sex toys, it can give them better satisfaction than man- Actress...

Violette - August 31, 2019 0
The screen goddess with a proper ‘structured’ body has some advice for her fellow women. Nigerian Actress Amara Maduka has said that, sex toys...

Violette - November 10, 2019 0
Former big brother house mate and contestant Omashola is a man to be looked out for the industry as he has gradually started making...

Meet the only footballer who has played for 36 clubs in his career spanning...

Eddie Andy - February 10, 2018 0
Jefferson Louis can easily be called the journeyman footballer as he has played for an astonishing 36 club in a career span that lasted...