Home News I Was Shocked When Olamide’s Mum Died A Forthnight After Mine –...

The remains of Pastor Mrs Comfort Udomboso, the late mother of John Udomboso popularly known as “Young John” or the “Wicked Producer” was committed to mother-earth on February 1, 2018 in Osogbo
The programme which started with a Christian wake on Wednesday, January 31 had in attendance an array of sympathizers as well as upcoming musicians Strings, Buckwailer and his manager, Dipson 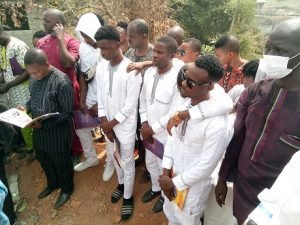 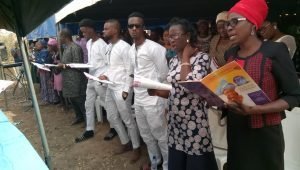 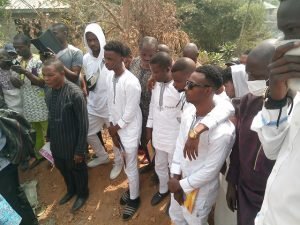 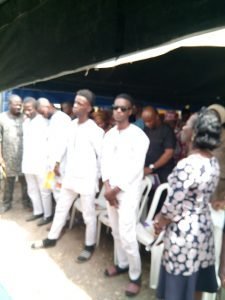 Speaking after the burial, John who is the second out of three boys said “Mum was my support, my prayer backup, the strongest woman I know, very hardworking and way too loving. Despite her illness, she would not settle down nor allow anyone do what she feels she can handle on her own.”

He explained that “I was devastated, I almost ran into the road when the news was broken to me, it took me time to accept my best and most priced asset is gone. I am not sad, my brothers and I are not, we are going to make sure dad doesn’t feel the void left behind. I and my brothers are glad she is in heaven already but Yes, I will greatly miss my mum, my girlfriend, my everything. She continues to live on in my heart.” 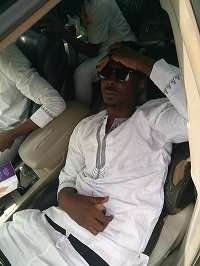 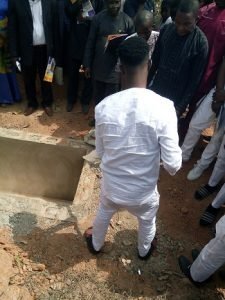 Reacting to the death of YBNL boss Olamide’s mother a forthnight after his mum’s demise, Young John said “I was shocked when I heard the news, I still feel so bad because it’s a sad coincidence, it’s a difficult and trying time for us and again knowing the bond between My boss and his mum. Death is inevitable, it’s a phase and anyone could just pass on without prior notification but I’m very certain we all will be fine. It is really a difficult time for us all.”
He appreciated everyone that stood behind his family during the mourning period

READ ALSO
BBNAIJA: Go Out And Live A Little- Esther as she Tour The Dubai Mall 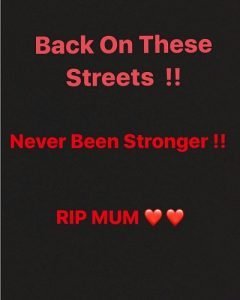 On his Instagram account, John told his fans that he’s back to work ready to hit the ground running.