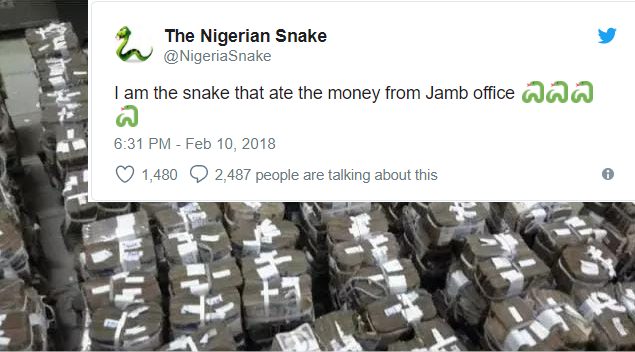 Snake Swallowed N36Million. They don’t even regard us as humans anymore. Just say anything that comes to mind; doesn’t even have to make sense! They’ll rant about it for a couple of days and move on ??‍♂️
A snake. A snake swallowed cash that’s probably almost 100 times the weight of the largest snake in Nigeria, a user tweets.

Another user wrote: These people actually don’t rate our intelligence quotient levels as a country.

There were reports from several news outlets yesterday that a snake had stolen N36Million from the JAMB Office in Makurdi, the Benue State capital.

A team of auditors were dispatched to different state offices of JAMB to take inventory of the sold and unsold scratch cards and recover whatever money that might have either been generated or mismanaged during the period of the sale of scratch cards.

On their visit to Makurdi office of JAMB, a sales clerk, Philomina Chieshe, told JAMB registrar and his team that she could not account for N36 million she made in previous years before the abolition of scratch cards.

In the course of interrogation, Philomena confessed that it was her housemaid that connived with another JAMB staff, Joan Asen, and her accomplices confessed that they have been stealing the money “spiritually” through a mysterious snake that always sneak into the office to swallow the money from the vault.

READ ALSO
Hazard: Messi Out Of This World 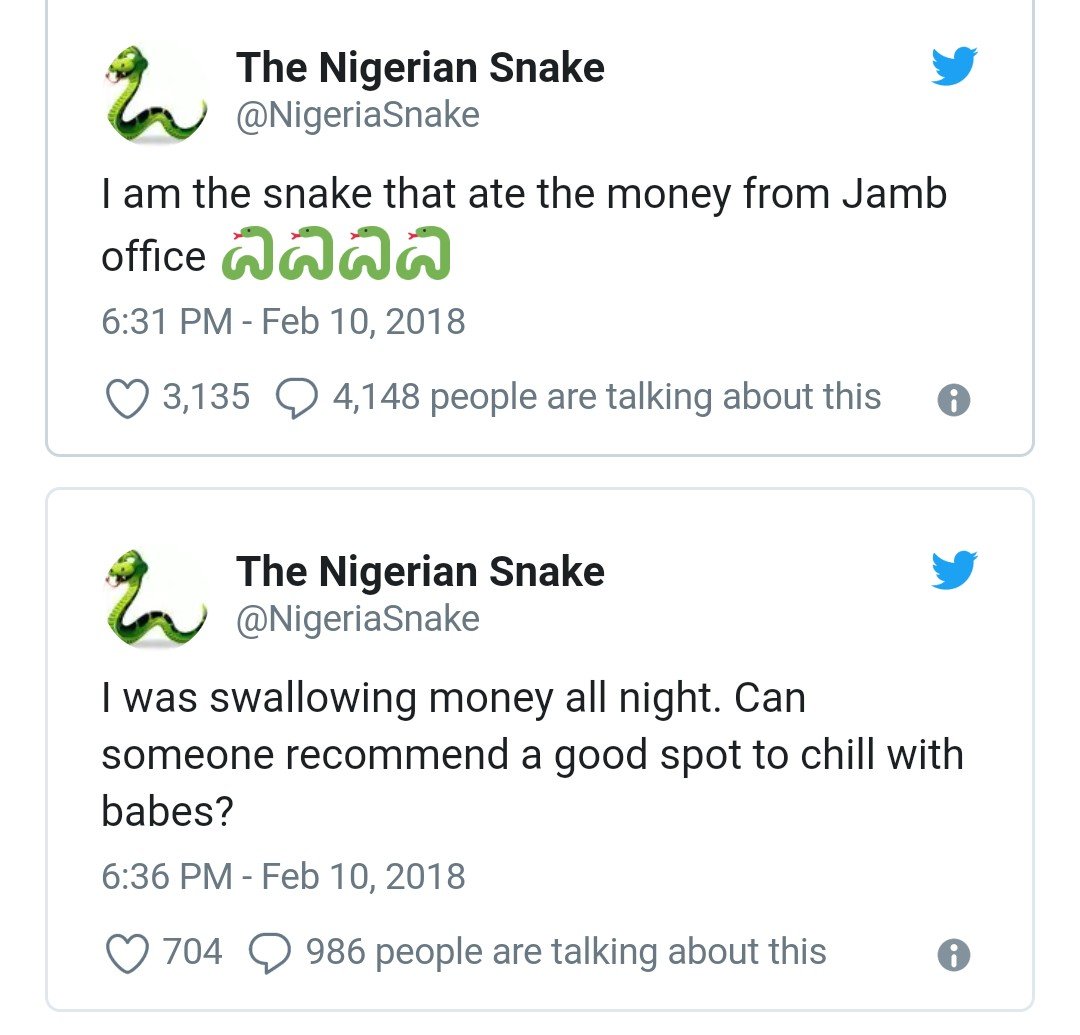 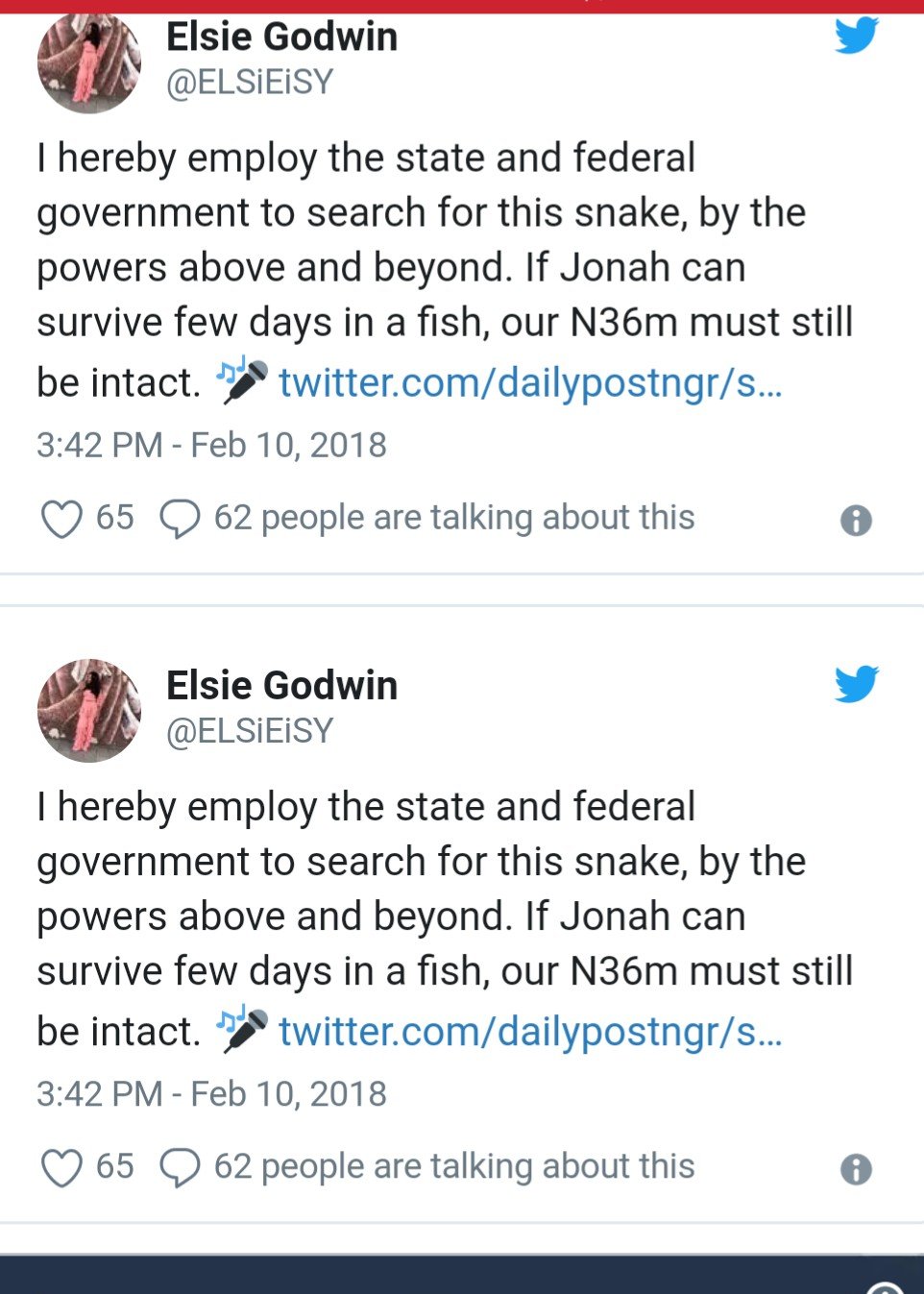 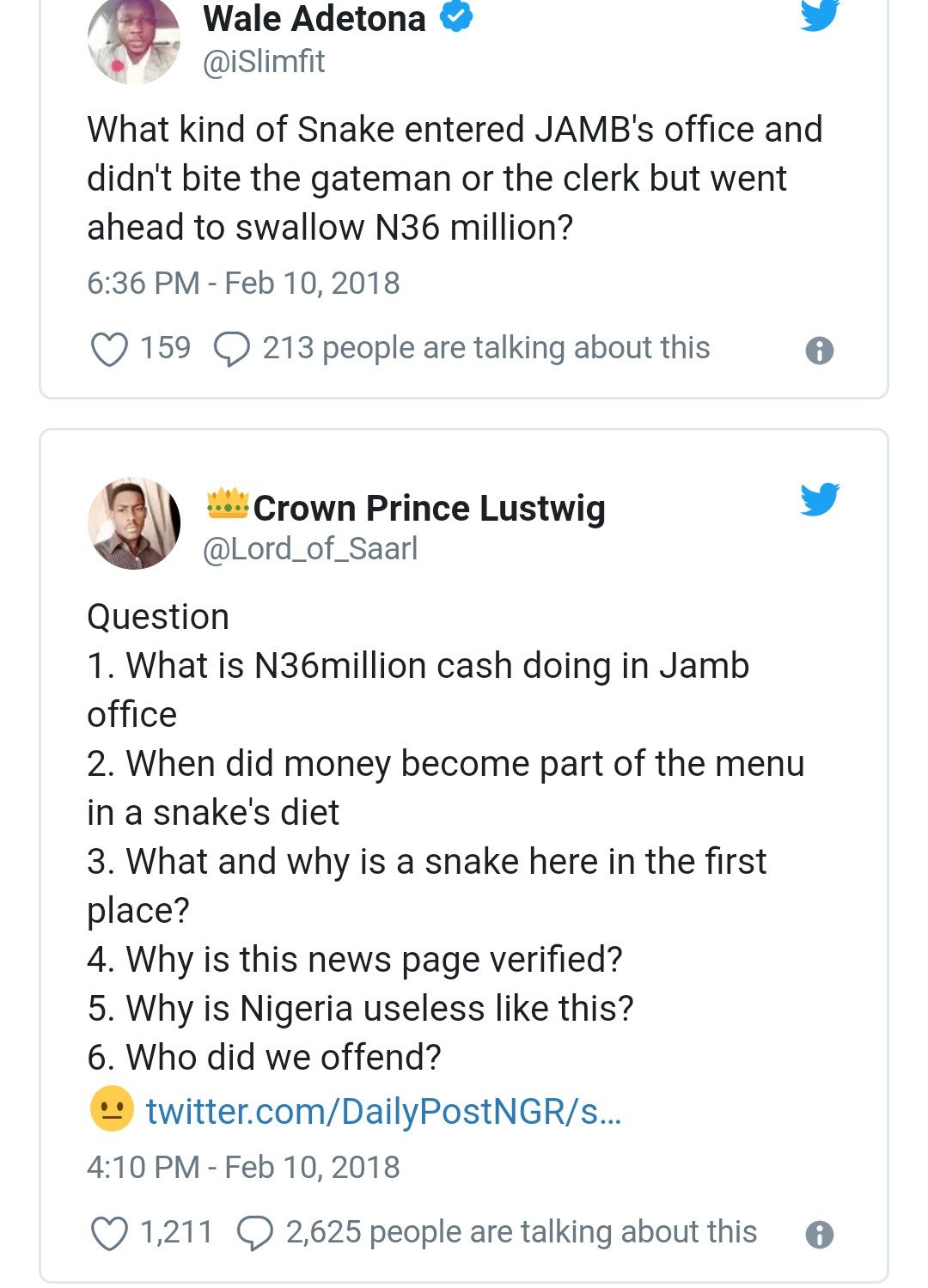 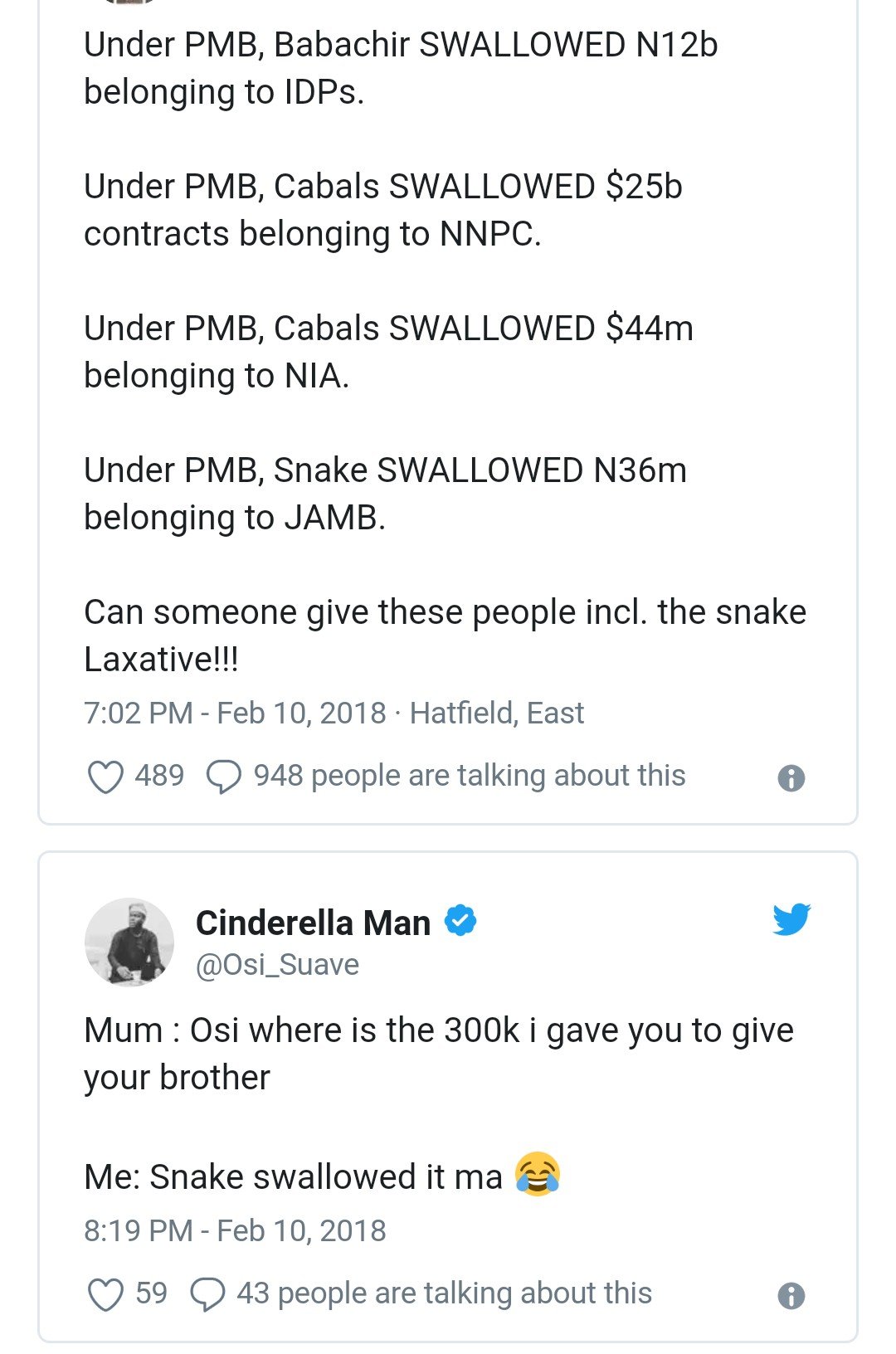 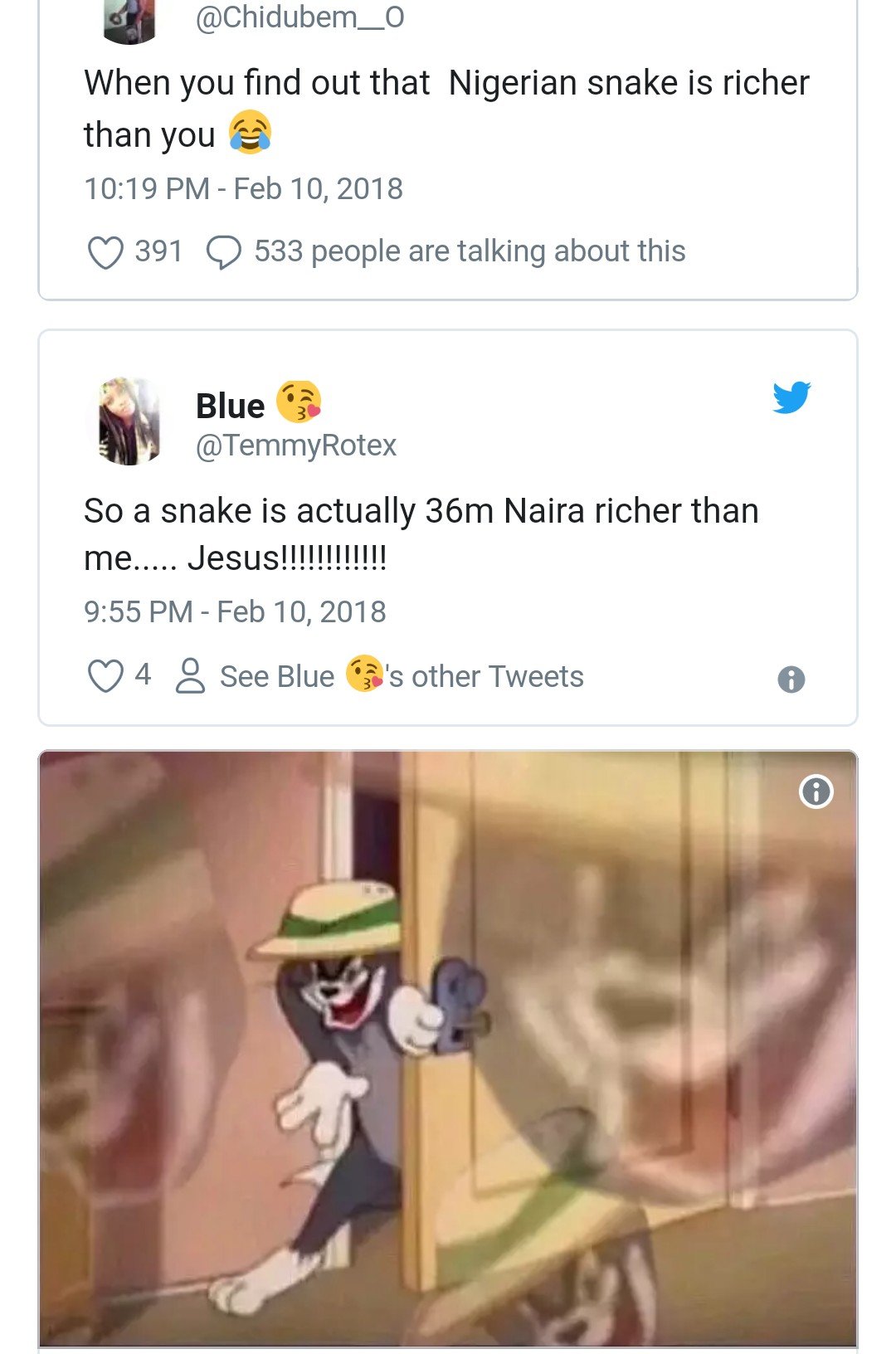 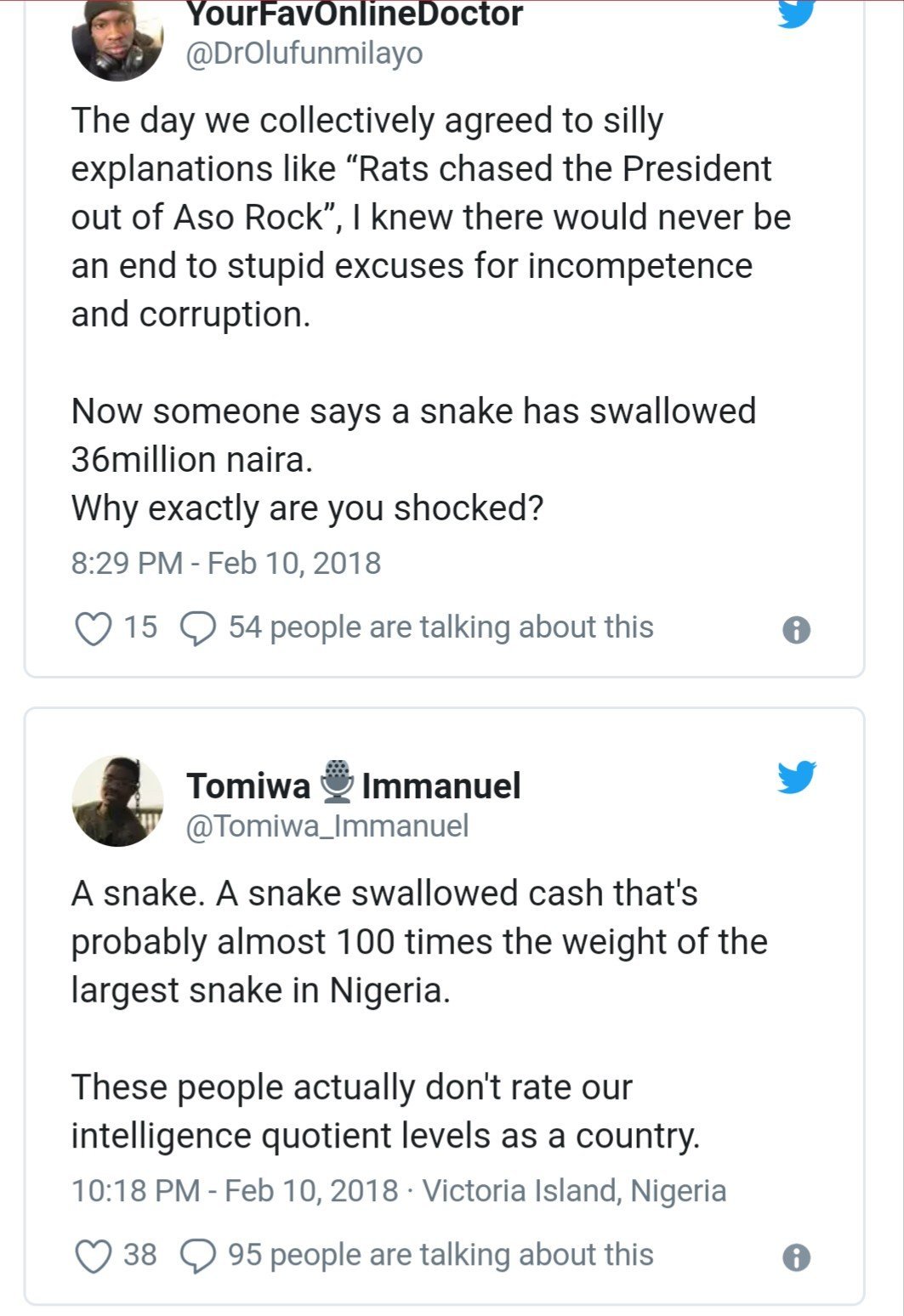 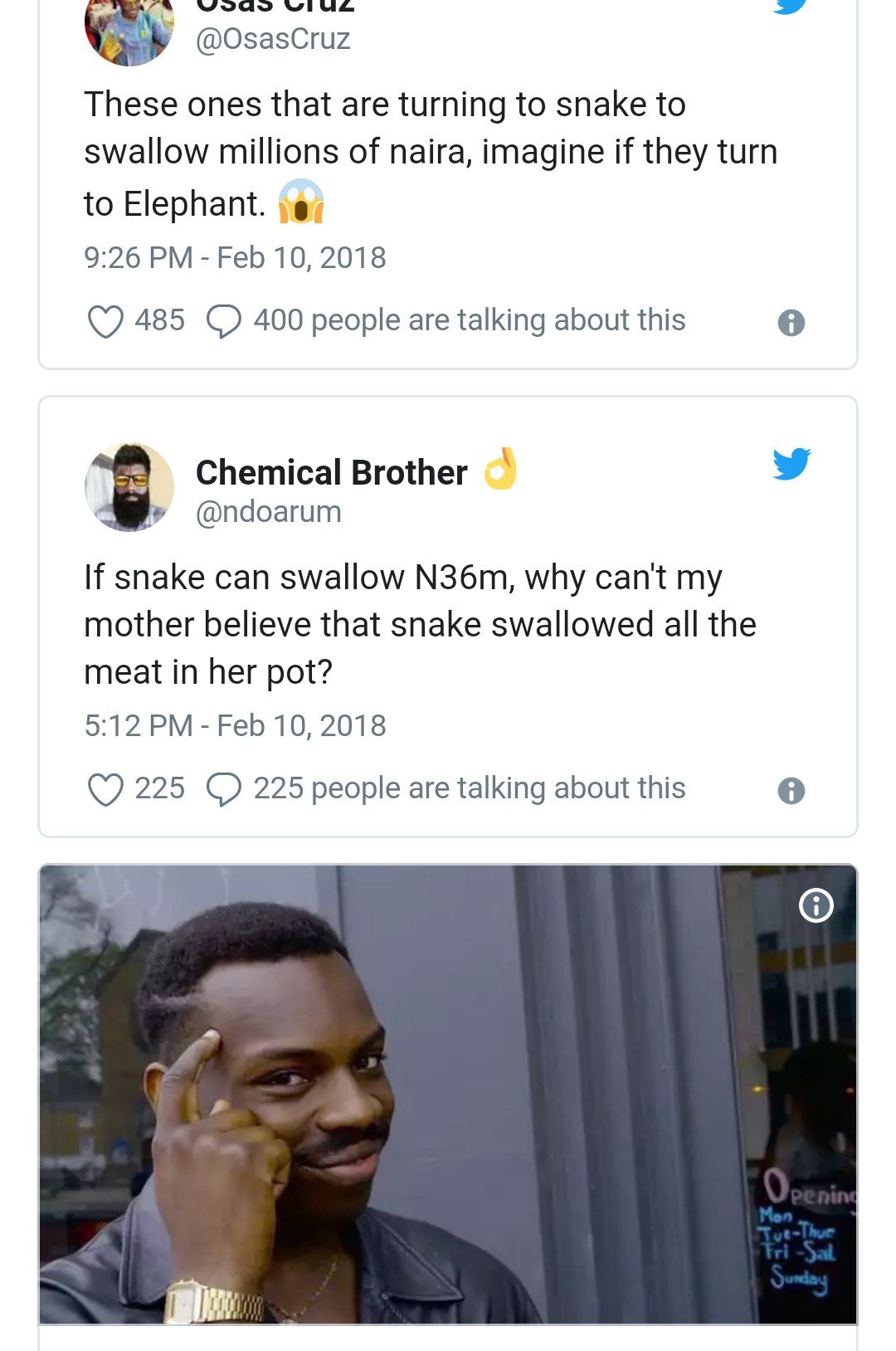 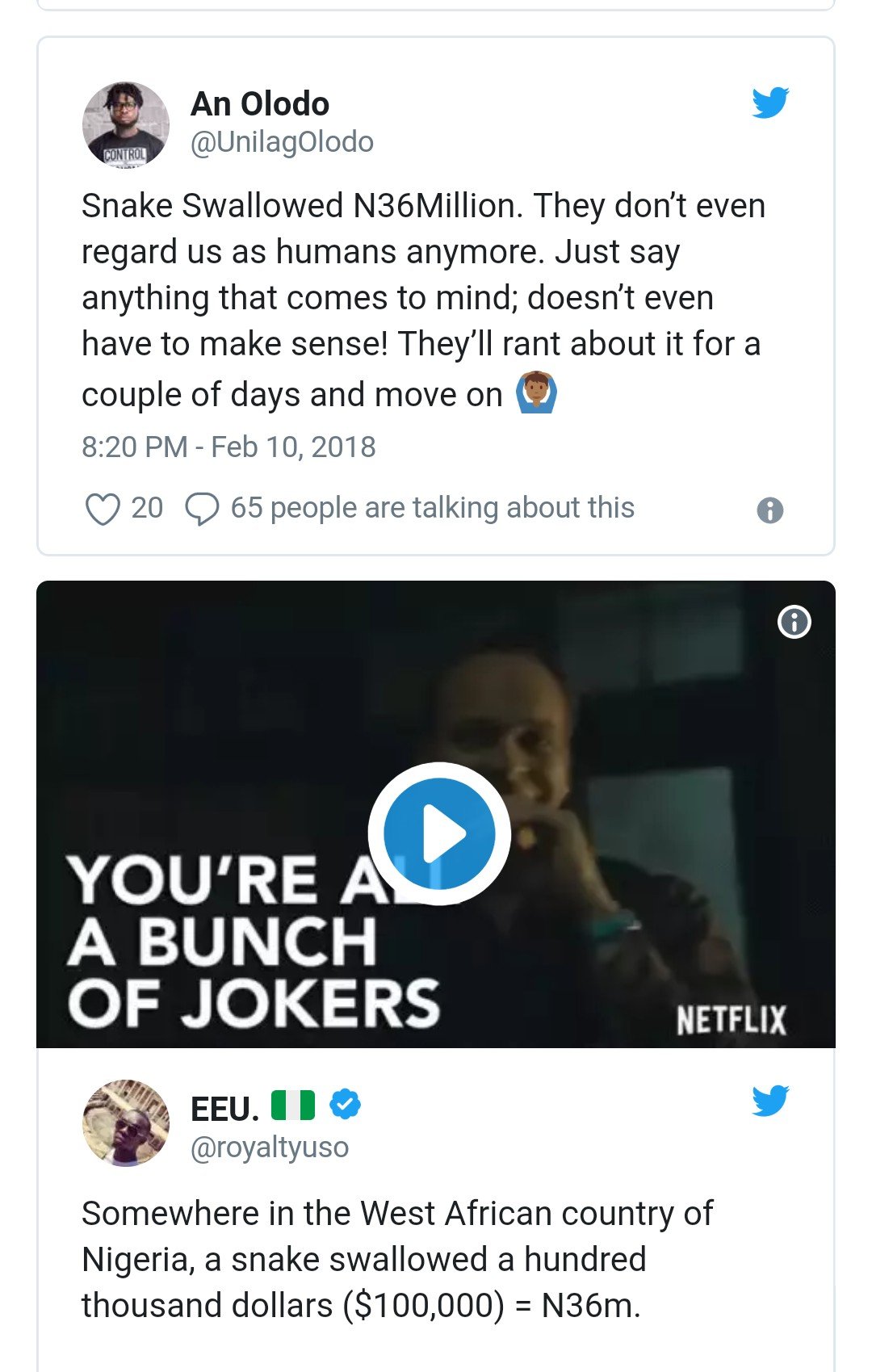 READ ALSO
Chrissy Teigen and John Legend are Expecting a Baby, as she confirms her pregnancy on Instagram