Home News Nigerian Immigrant bags 40 Yrs In Jail For Killing His Fiancée In...

A Fort Bend County jury has convicted a 59-year-old Nigerian man of fatally stabbing his ex-girlfriend in 2015.

Osa Alohaneke, 59, was sentenced to 40 years in prison. Alohaneke was charged with stabbing and killing Evelyne Epiepang in her Houston home in 2015. 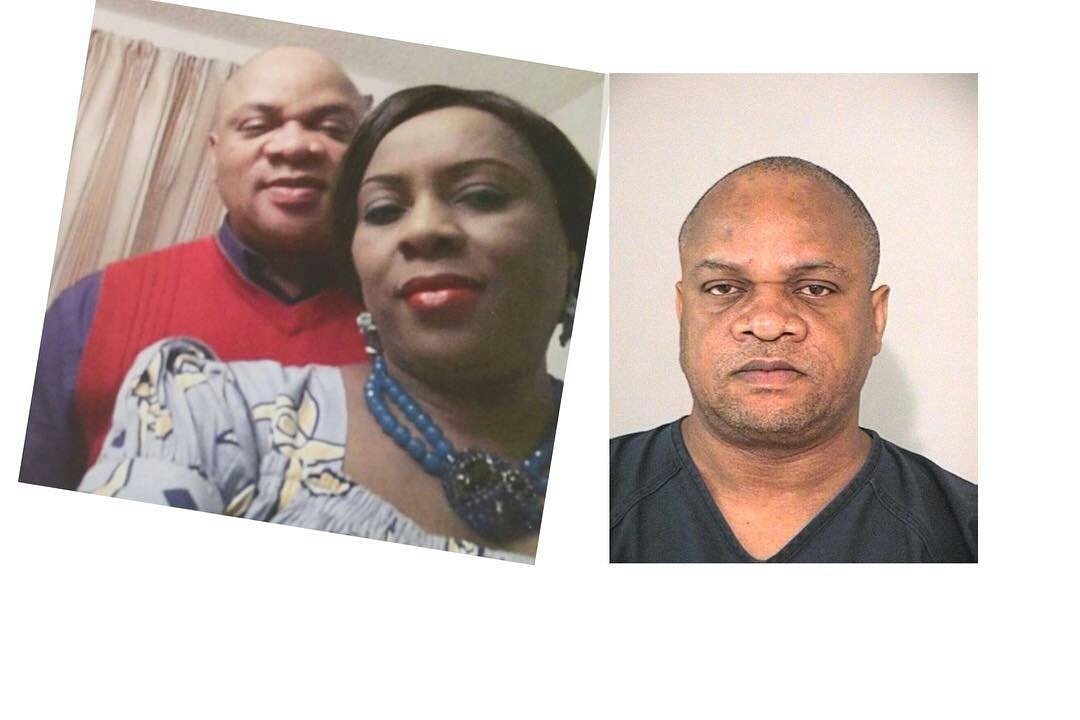 I have phone numbers of 13 Presidents — Davido

Amanda Bolin, Fort Bend County’s Chief Family Violence Prosecutor, said Evelyne Epiepang called the Fort Bend County Sheriff’s Office on April 8, 2015 around 5 p.m. to report that her ex-boyfriend, Osa Alohaneke, had been threatening to kill her and she wanted him out of her house.

Alohaneke left, but sheriff’s deputies took a report from Evelyne before she left to stay with her friend, Veronica. Around 7 p.m., Evelyne learned that Alohaneke had returned to her home and was banging on the front door.

Evelyne again called the sheriff’s office for their assistance. Before deputies arrived, Evelyne and Veronica went back to Evelyne’s home because they thought the defendant had left.

As Evelyne and Veronica entered the front door of the home, Alohaneke appeared behind them, came inside, and locked the front door. An argument ensued and the defendant pulled a knife from under his shirt.

Alohaneke first attacked Veronica, cutting her face and stabbing her so hard on the arm that it fractured a bone. The defendant then turned his focus to Evelyne and stabbed her over 30 times.

READ ALSO
"I wants to focus on my job"- Minister of Labour, Chris Ngige, pulls out of presidential Race

At some point, Evelyne managed to again call 911. That call recorded her screams and pleas as she died. After killing Evelyne, Alohaneke told Veronica to go ahead and call the sheriff because he had “completed his mission.”

Deputies arrived and located the defendant in the front yard with his hands covered in blood and on the phone with his attorney.

It’s only in heaven that there are no security issues; Nigeria is on earth — Minister of State for Labour, Festus Keyamo