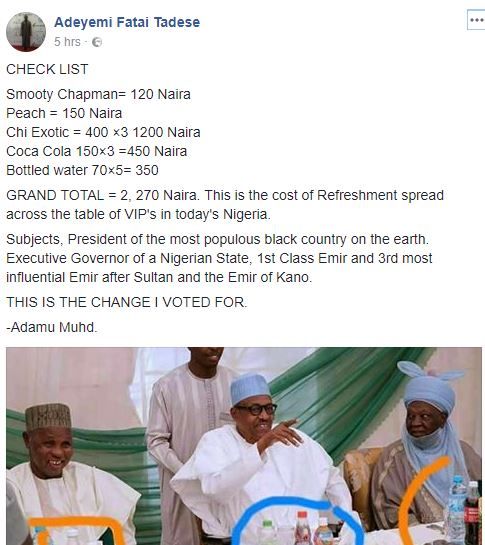 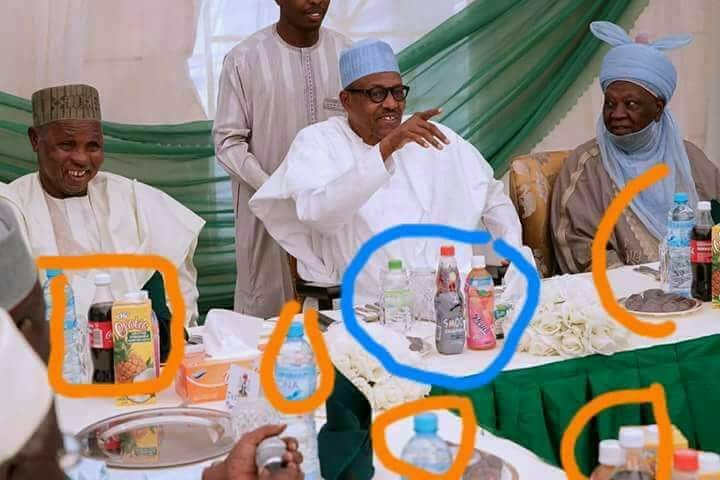 The picture above have caused enough controversies on social media as a facebook user applauded president Buhari’s regime as the exact type of change he voted for.

In a bid to praise the government’s simplicity, many of the people who reacted to the photo didn’t buy the idea as they claim it’s another form of propaganda.

Another user claims the budget allocated for the drinks is not known to anybody as they could have pocketed a huge amount on such issues.