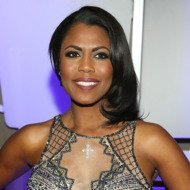 Let’s just say what happens in the West Wing doesn’t, uh, exactly stay in the West Wing, especially if one of its former employees decides to embark on a revived reality show career.

Teasing a political workplace full of pleasures and desires on this week’s Celebrity Big Brother, Omarosa Manigault began the episode by clarifying that she never, ever slept with President Donald Trump.

READ ALSO
We'll see each other for two minutes: Trump to Kim

“Hell no! Of course not,” she said , when asked point-blank by Housewives
star Brandi Glanville. “Brandi, that’s horrible.”

However, Manigault was more than happy to reveal another bit of 1600 Penn gossip instead: “Somebody” who works there is “sleeping around with everybody,” and it’s an open secret.

Or as Manigault puts it: “But she is not me … I’ve never had to do that.” Oh la la! Place your bets.

Celebrity stylist in tears as his property worth millions gut fire