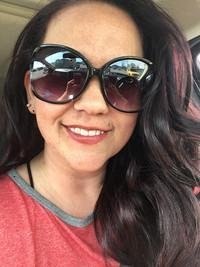 A married PE teacher has been suspended having allegedly admitted romping with “several” students. Tiffany Eichler, 36, is under investigation in Canton, Ohio after she went to school officials when some of the pupils and parents reportedly blackmailed her.

PE teacher Tiffany Eichler has been suspended after reportedly admitting to having romped with several pupils. She is barred from having contact with students or parents and prevented from being on school property.
The mum-of-four is said to have told police about several instances of sexual behaviour with students, including sex with one boy twice the same night – in the back of her car and the basement of his house.
Police files implied Eichler may have given the lad a sexually transmitted disease and he later “reached out to her.”
He apparently told Eichler he needed £130 ($180) for antibiotics and told her to leave the cash in a bag near his home.

READ ALSO
Photos From Serena Williams’ 50s Themed Baby Shower
Eichler told cops she left £70 ($100) but he wanted more, including money for a sibling who had learned of their trysts in Canton, Ohio, US.

The PE teacher also reportedly had sex with a student in her office at McKinley Senior High School before sports practices, the police documents say.
She also allegedly picked up a youngster near his home and took him to a park to have sex during parent-teacher conferences.
Several students are said to have told detectives their relationship with Eichler started on messaging apps such as Snapchat.

READ ALSO
End Time: Chinese Company Starts Production Of Child-Sized Sex Doll For Pedophiles
The “reprehensible” behaviour started in January 2018, and ended on March 8. Police have not yet charged Eichler.Eichler “disclosed engaging in sexual conduct with multiple students,” when interviewed by investigators, according to files obtained by The Canton Repository.
No charges have been brought against Eichler, who is on unpaid paid leave while the probe continues.
Prosecutor Fred Scott said police were investigating several leads and evidence would be put before a grand jury.