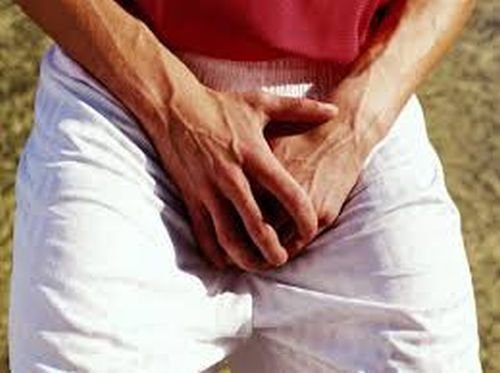 A 28-year old Tricycle (Keke Napep) operator, Babagana Mustapha and five of his kinsmen from Borno State, have been arraigned before a Lagos Magistrate Court for allegedly beating up and inflicted injures on an innocent man, Mickey Dauwo, a cook from Cotonou, Benin Republic over allegation that he ‘took’ his (Mustapha) penis.

Charged along with Mustapha for conniving with him to beat up Dauwo were Isah Hassan, 35; Kori Kambo, 35; Alhaji Mustapha, 40; Bulu Umar, 18 and Ismaila Babagana, 32.
Police alleged that the accused persons on 14 March, 2018 at Saka Tinubu Street, Victoria Island, Lagos committed the offense when Mustapha stopped his tricycle and begged the cook, who was walking along the road, to help him change N100 into two N50 notes so he could give to a passenger inside his tricycle and the Samaritan obliged him.
Police further alleged that shortly after the Keke Napep operator collected the two N50 notes change from the cook, he raised an alarm that the cook had taken his penis with the money he gave to him.

A fight then ensued with Mustapha insisting that the cook must restore his penis.
It was gathered that while the duo were fighting, a Mobile Police Officer, Corporal Gideon Balogun, who was on his way to work intervened and appealed to the Keke operator to take the man to the Bar Beach Police Station instead of fighting him.
It was gathered that instead of heeding the Police Officer’s advice, Mustapha called his five kinsmen on phone and when they arrived the scene, descended on the Police Officer and the man they accused of stealing penis with sticks and other objects.
The accused inflicted injuries on their eyes and other parts of their body with blood gushing out.

A Police source said that the timely intervention of the DPO In charge of Bar Beach Division, CSP Olusegun Ajamolaya, saved the two from being killed by the six suspects as he arrested them and took them to the station.

The source said that during investigation, Police discovered that the penis of the complainant was not missing and all the suspects were charged before an Igbosere Magistrates’ Court on a three-count charge of raising false alarm of missing penis and conduct likely to cause breach of peace.

Police Counsel, Reuben Solomon informed the Court in charge No M/18/2018 that the offences the accused persons committed were punishable under sections 411,168(d) and 173 of the Criminal Laws of Lagos State, 2015.

All the accused however pleaded not guilty to the alleged crime and Magistrate A.M Davies granted them bail in the sum of N120,000 each with two sureties each in like.

READ ALSO
#BBNAIJA: Jackye Welcomes Fan To a New Day With Stunning Pics
Davies adjourned the case till 28 March, 2018 for mention and directed that the defendants be remanded in Ikoyi prison till they fulfilled the bail conditions.