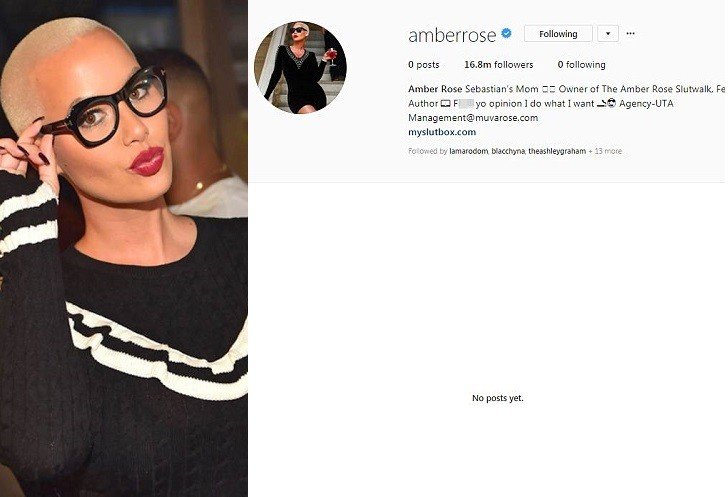 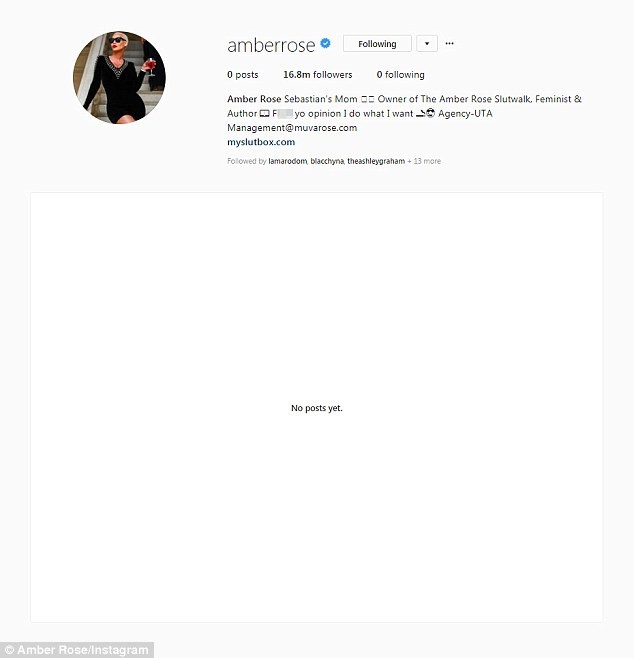 Amber Rose who has 16.8m followers on Instagram has deleted all photos and unfollowed everyone on her page.

The move comes after the 34-year-old glamour model’s son, Sebastian, 5, was shamed and called ‘gay’ for liking Taylor Swift’s music.

READ ALSO
Cristiano Ronaldo Denies Tax Evasion Allegations In Spain
It all started after Amber Rose uploaded a video on Tuesday, which showed her son Sebastian opening a surprise box of gift from pop superstar Taylor Swift, which included two tickets to her upcoming Revenge World Tour.
But Internet trolls flooded her page and shamed her son.

Speed Darlington drags Davido, says he’s not that Rich like that

The next day Amber furiously lashed out at online trolls as she defended her son for being called ‘gay’ for appreciating the pop star.
On Friday, the mother of one deleted all photos and unfollowed everyone on her page.
culled from