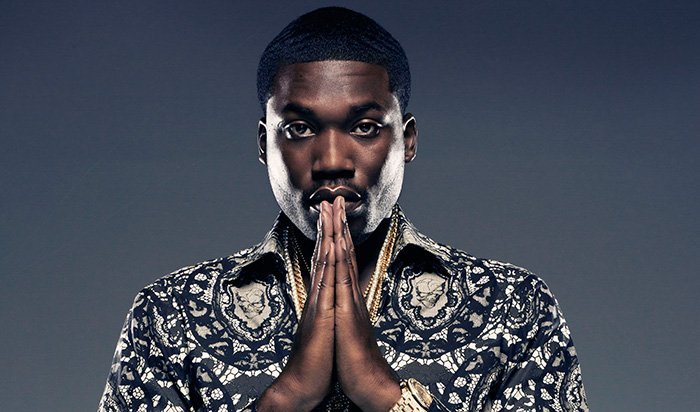 Rapper, Meek Mill who is locked up in his hometown for violating probation has revealed his plans after serving his jail term.
Since his first infraction in 2007, Meek has been haunted by the court/prison sentence and was constantly either in jail or on probation even after his career took off.
Meek Mill’s booking agent, Clint Saunders, tells Rolling Stone that the ‘Wins & Losses’ MC lost $5 million in show money last fall when shortly after the latest album was released, Meek was jailed and obviously unable to perform.
Since his November sentence, Meek Mill says that he does not allow certain people to visit him in jail.
“I won’t let them come. If they see me like this – fucked-up beard, hair all ganked – then it’s like I’m really in here. Which I’m not.” Meek said.
In an interview with Rolling Stone, The MMG rapper shared his plans following his release from prison which includes speaking out against the prison system and moving out of “the city of brotherly love.”

in regard to the African-American police and judicial figures involved in his incarceration. Meek Mill said;
“For a kid from North Philly to come all the way up, then be pulled back down by his own? Trust me, I’m gonna say something about that. And then, I’m gonna move to Atlanta.”
The controversy surrounding Meek’s case from a potentially corrupt police officer who arrested Meek back in 2007, Reggie Graham, to Judge Brinkley who allegedly asked Meek in front of Meek’s then girlfriend, Nicki Minaj, to record a remix to Boys II Men‘s hit song “One Bended Knee,” and when Meek declined she simply said, ‘suit yourself’ in a sarcastic manner.

READ ALSO
K Michelle details the complications she suffered after surgery
Meek refused to wear a wire in any of his meetings with the judge as asked by the FBI because, “in my world that’s called snitching.”
That being said, it’ll be difficult to pin any clear corruption charges on Judge Brinkley, but in the case of the corrupt officer, Meek’s defense team may have something plausible to bring to the April 16 post-conviction hearing.