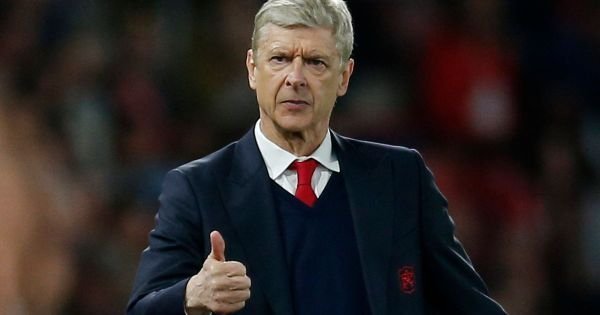 Arsenal manager, Arsene Wenger has admitted that the club is steadily moving backwards after another incredibly disappointing season for the Gunners.
The Gunners were humiliated by Manchester City in the EFL Cup final last week, before a second 3-0 defeat in the league just days later.
Arsenal are on track to miss out on Champions League football for the second season in a row and have hung all hopes on winning the Europa League to secure qualification.
And with the club now 14 years without a Premier League title, Wenger has conceded his team have only got worse in the last 12 months.
Asked if the club was going backwards ahead of their clash with Brighton on Sunday, Wenger said, “Yeah it is, because last year we won the cup and made 75 points.
“I don’t deny that. We analyse that at the end of the season and don’t worry. I can live with reality.
Arsenal are 30 points behind Premier League leaders Manchester City and 13 points off fourth place.
Arsenal may find it difficult booking a Champions League spot this season despite adding some impressive firepower to their frontline in January.