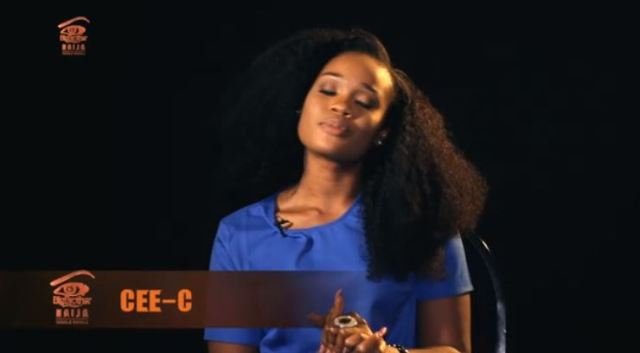 In a bid to solicit for votes, fans of Big Brother Naija housemate Cee-C have erected a massive billboard on the street ahead of upcoming eviction.

The massive billboard contains a picture of the controversial housemate, the Big Brother logo and a number to vote for Cee-C.
Even though the photo had gone viral on social media, the location of the erected billboard was not been disclosed.
See photos below: 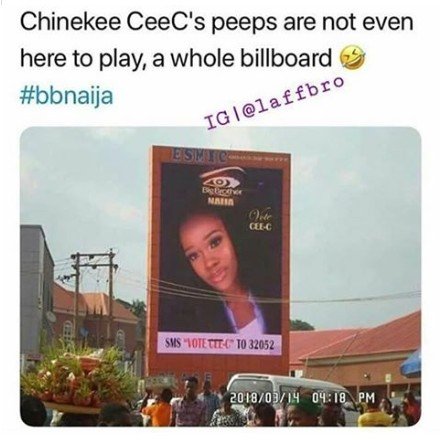 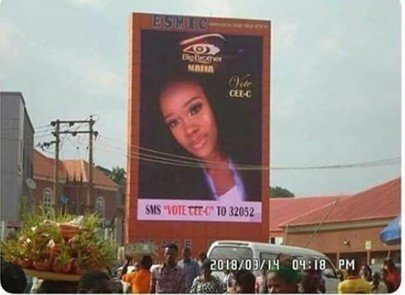