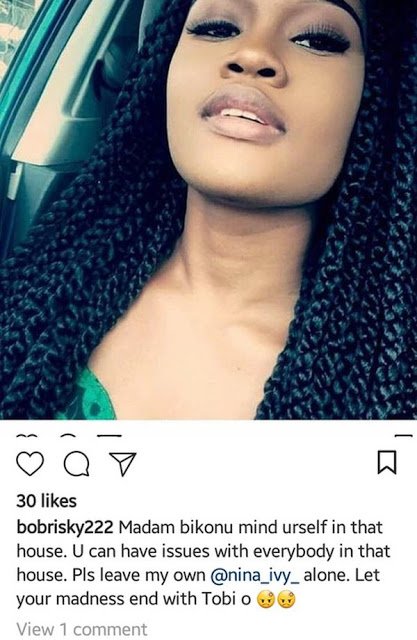 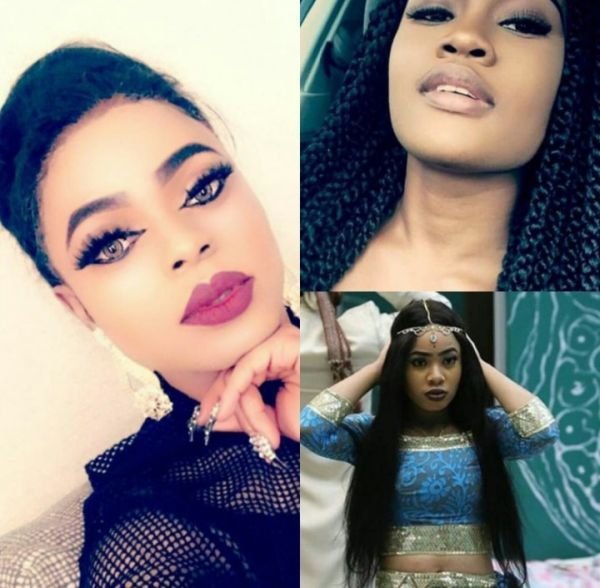 Nigerian male barbie, Bobrisky has sent a stern warning to Big Brother Naija housemate, CeeC following her fight with Nina in the kitchen moments ago.

The fight between Nina and CeeC ensued after CeeC referred to Nina and Bam Bam as cheats , this caused Nina to fume and go head to head with Cee-C.

So the Snapchat king who’s a huge fan of Nina’s, angered by the altercation between the two took to Instagram to make known his stance on the issue, referencing the fights between CeeC and ex love interest Tobi.
He wrote:-

“Madam bikonu mind urself in that house. U can have issues with everybody in that house. Pls leave my own @nina_ivy_ alone. Let your madness end with Tobi o else I will take up Nina fight”.