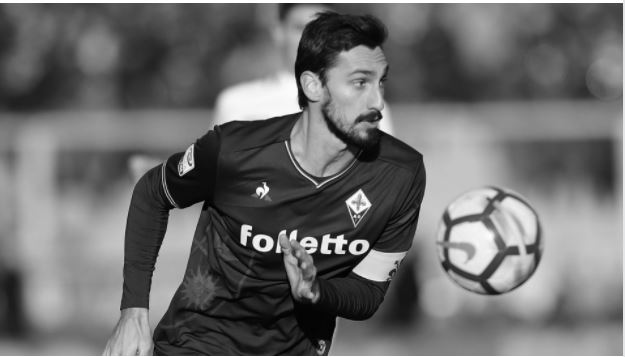 Preliminary results of an autopsy on the body of Davide Astori, has confirmed that the Fiorentina captain died of natural causes related to a heart issue.

Astori, 31, was found dead in his hotel room on Sunday morning, ahead of their Serie A game with Udinese.

Antonio De Nicolo, the chief prosecutor of Udine who had ordered the autopsy to rule out manslaughter, confirmed that it had been a “natural death” related to a slow resting heart rate.

“Based on the evidence of the autopsy examination, carried out on March 6, 2018, on the body of Davide Astori, with reference to the cause of death, this cause can be indicated as of a cardiac nature, most likely a bradyarrhythmia with pluri-visceral congestion and a pulmonary oedema,” De Nicolo told RAI television.

“For a definite diagnosis, more profound histological examinations are necessary.

“From the preliminary results, it does not seem like there is any external causes other than that of a natural death, but prudently our advisers are telling us that we must wait for the result of histological examinations before making a definitive statement.

Mavin Records’ singer, Di’Ja has baby No. 2 on the way

“They have asked for 60 days to complete their report and that is when we will have a complete overview,” he added.

Astori’s funeral will be held in Florence on Thursday morning.

UEFA will also hold a minute’s silence before this week’s games in the Champions League.