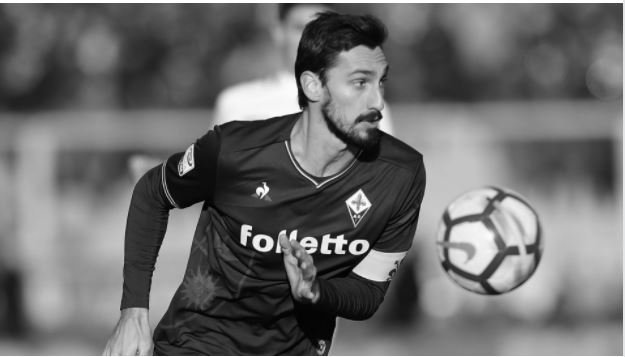 Fiorentina have confirmed that club captain Davide Astori passed away suddenly on the eve of his side’s trip to face Udinese in Serie A.
The 31-year-old centre-back had been capped 14 times by Italy and had enjoyed a professional career spanning 12 years.

“Fiorentina are profoundly shaken and forced to announce that their captain Davide Astori has died,” a statement posted on the clubs official website reads.
“For this terrible and delicate situation, and above all out of respect for his family, we appeal to the sensitivity of the media.”
He started out at AC Milan, where he never played a Serie A match, before moving to Cagliari, the club where he made his big breakthrough. He turned out 174 times for the Sardinians in a six-year spell, during which he made his national team debut.
In 2014, he was sent on loan to Roma than a year later made a similar transfer to Fiorentina, but with an obligation to buy at the end of the season. Astori had established himself as a vital member of the squad and had turned out 27 times for the side ranked 10th in the Serie A standings this term.

Udinese have confirmed that the fixture they were scheduled to play against Fiorentina on Sunday has been postponed as a consequence.
“Following the tragic news this morning that struck the ACF Fiorentina and the whole world of football, the match between Udinese and Fiorentina has postponed to date to be arranged,” they confirmed.