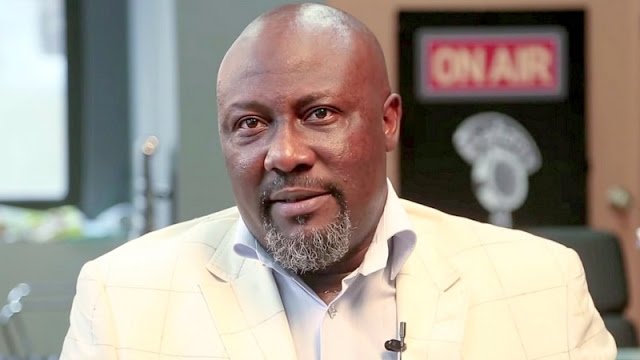 The Kogi state Independent National Electoral Commission on Wednesday announced dates for the commencement of the recall process of the embattled Senator representing Kogi West, #DinoMelaye.

The Resident Electoral Commissioner in the state Professor James Apam said following the appeal court ruling that INEC can commence the recall process, the commission has fixed the last Saturday of April as the verification date.

INEC also fixed first Saturday in the month of May as the day that a referendum would be conducted in line with the electoral laws.

Ciara’s feels her fashion sense improved since been a mum

Professor Apam spoke at a stakeholders forum on Wednesday in Lokoja
According to him “On this day,the commission will endeavour to invite all those who have signed the recall register to come forward and identify their signature,” he said

According to him,if this process is successful, the commission will proceed to the next stage where a referendum of all registered voters would be conducted.

“Here,voters will be asked to vote either yes or no to the question of whether they want Senator Dino Melaye recalled ”

He said that “if the answer was able to meet the constitutional requirements of 51 percent yes,the process moves to the next stage but if it fails,the process stops,” Apam explained.

Recall that the appeal court had last week throw out Senator Dino Melayes suit challenging the move to recall him.

Recall also that the embattled Senator has vowed to proceed to the Supreme court in a bid to stop INEC from proceeding with the process.

Apam said that as a law abiding people, INEC will not do anything outside the dictate of the law,that is why we have to wait till after the judgement before going ahead with the process.

On the continuous voters registration, Professor Apam said that 210,000 permanent voters cards are ready for collection but expressed worry that owners have refused to come forward to collect them.

He called on all stakeholders present to pass on the information to voters.Source: Punch