Rapper Cardi B is the cover star for the April issue of Cosmopolitan and she opened up on her life, career, and relationship. On remaining the same Cardi she was before fame, the Bodak Yellow crooner said; 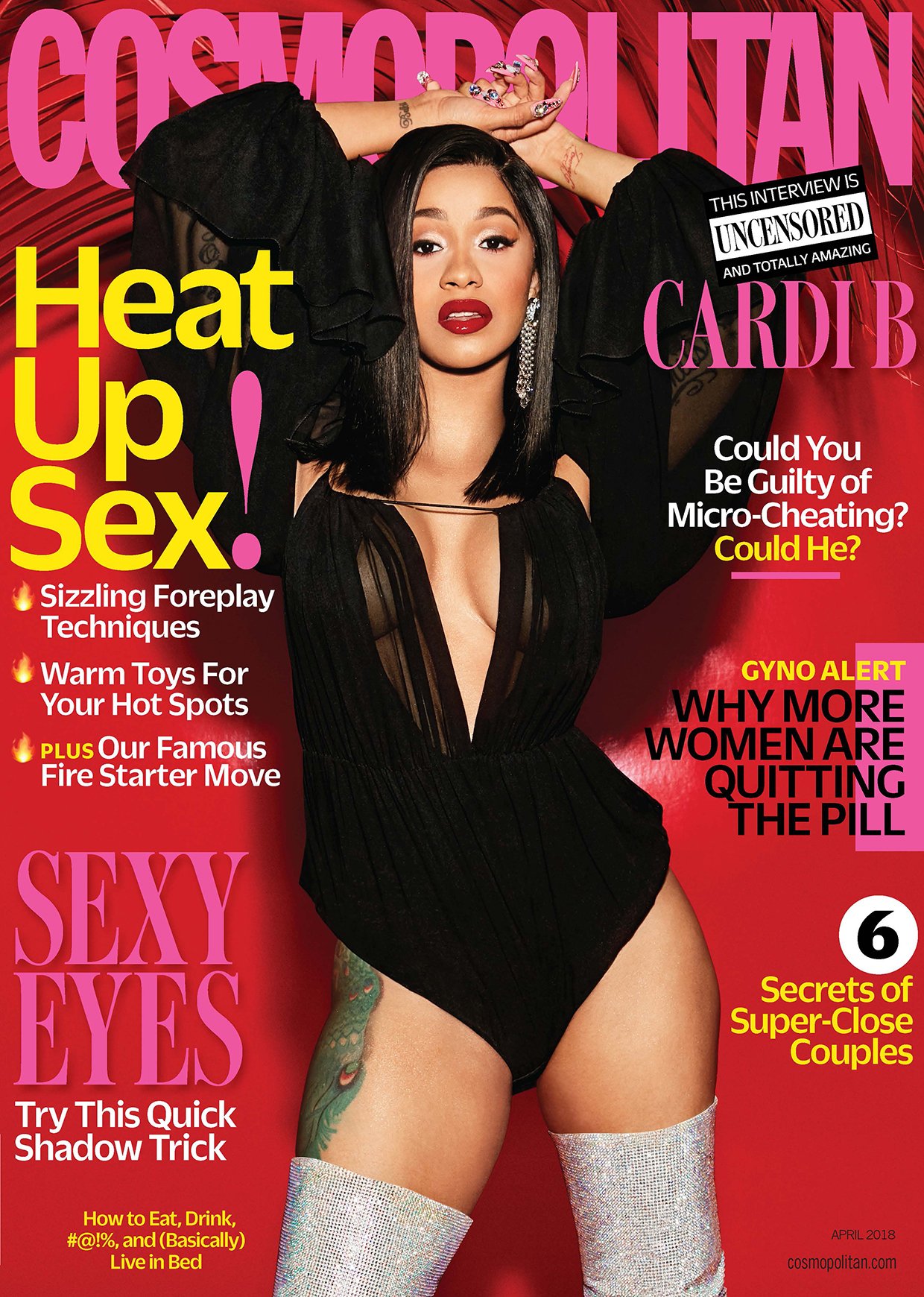 “Everybody got different beliefs and different religions and were raised differently, yet you also supposed to be careful you don’t offend somebody. Everybody gets bothered about everything,” she told Cosmo. “Everybody got a f–king opinion about you. If I change myself, then I’m going to lose myself, and I won’t be who makes me happy.”

On defending fiancee Offset following a lyric from YFN Lucci and Offset’s collab “Boss Life” been seen as homophobic, she said;

“I’m not going to let somebody call him ‘homophobic’ when I know that he’s not,” Cardi said during a Periscope live stream. “And I’m saying this because I  seen him around these … around gays, and he treats them with the same respect he treats everybody. He never acts uncomfortable and he just don’t care.”

On handling the cheating scandal her relationship has been plagued with;

Men have feelings too!!! – Relationship Corner with Eddie Schwaggs

But I want to work out my shit with my man, and I don’t got to explain why,” she said, adding that it’s ultimately up to her to decide how she wants to move forward in the relationship although she knows he’s in the wrong.

The fastest sprinter in the world,Usain Bolt is now a father

Violette - July 1, 2020 0
The fastest sprinter in the world, Usain Bolt  now a father The fastest world runner can now say he is a proud father after giving...

Anna Banner Confirms Breakup with Flavour N’abania, says she and flavour are done for...

Johnson Olumide - February 18, 2020 0
The 21-year-old former MBGN  who happened to be one of Flavor's baby mama in an exclusive interview with SDK blog revealed some shocking as...

Johnson Olumide - February 17, 2020 0
The Mavins Record Empire Dynasty has just released another Hit single titled 'Kabiyesi'. The hit single  was released by Dr Sid  has he plans to...

Johnson Olumide - January 2, 2020 0
Davido's first baby mama, Sophia Momodu strikes a pose with sexy ladies in swimwear produced by her own brand, Belladoneluxe. The Mother of one has...

Bankrupt for Real? 50 Cent desperately seeking to rent out his mansion