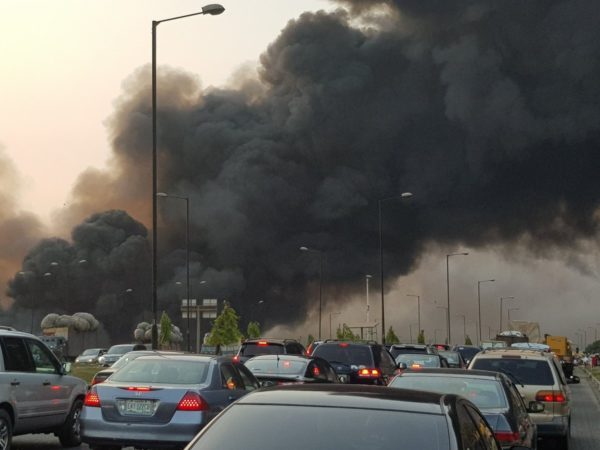 Fire yesterday erupted from the popular Olulosun dumpsite, Ojota and left residents and commuters panicking for several hours.Some red buses were said to have burnt.

For hours, thick smoke roared from the dumpsite as motorists, passersby at the Ojota, Ketu and Alausa environs ran away, wondering what could have been responsible for the massive inferno. 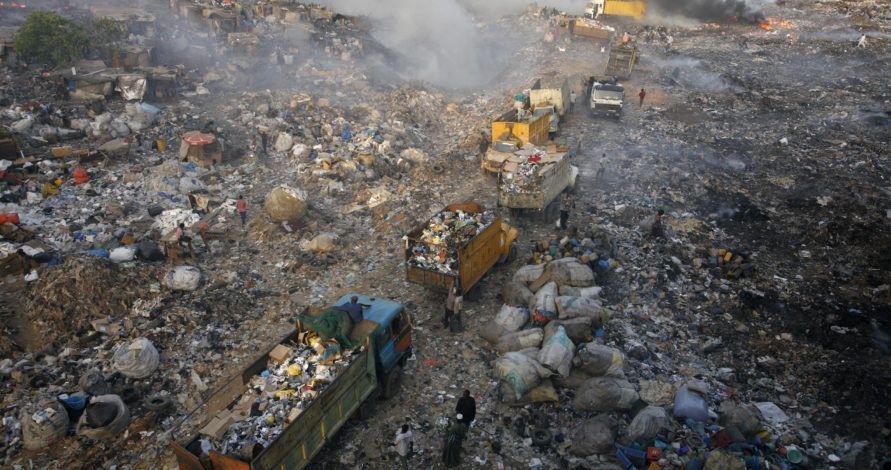 The Nation gathered that the inferno began around 4pm, but the cause could not be ascertained.

The fire men were overwhelmed as the fire raged with many bowlers, scavengers, security personnel and other people in the stinking dumpsite watching helplessly. As the inferno spread to other parts of the dumpsite where used tyres, inflammables as well as confiscated motorcycles were kept, people scampered for safety.

The incident also led to massive traffic gridlock on some parts of the Lagos-Ibadan Expressway, Seven-Up axis, Governor Office Road and some parts of Alausa.

Although, there was no casualty, it was gathered some people were injured in the process of running away.

Fire trucks were quickly deployed to the scene with other emergency vehicles and responders but the magnitude of the fire was just too much to easily contain.

Director, Lagos State Fire Service, Mr Rasak Fadipe, said the velocity of the outbreak was much.
He said the fire was burning towards the direction of the Lagos red bus yard.

“I asked them to drive out all the busses, but they said some of them were faulty. They cannot be moved and we are still battling with it. We are trying to ensure the fire does not get to the nearby filling station.

“The fire is heavy; we have used about five trucks of water and we are still here. We got the information around 4pm LASEMA and LASTMA trucks are also here with us. I cannot say how many buses are burnt, but some of them are already burning.”