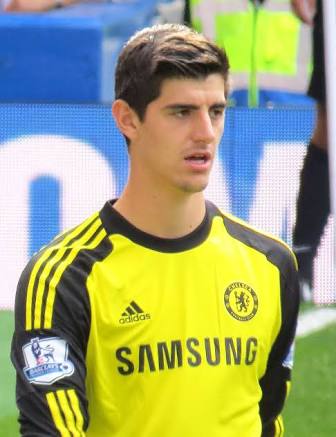 Thibaut Courtois has quashed talk of an imminent move to Real Madrid by vowing to spend at least one more season at Chelsea.

The Belgium international continues to be heavily linked with a summer transfer after admitting that his “heart is in Madrid”.

It remains his intention to join them at some stage but, with a contract in England until 2019 and extension talks ongoing, the highly-rated goalkeeper sees his immediate future in London.

“I have a contract until next year and I will be here. I will do my best for it.

“Obviously there is no extension signed but I don’t think now is the moment to do it. I think it is better to wait until the end of the season.

“All I can say is I’m committed to Chelsea and also committed for next year.”