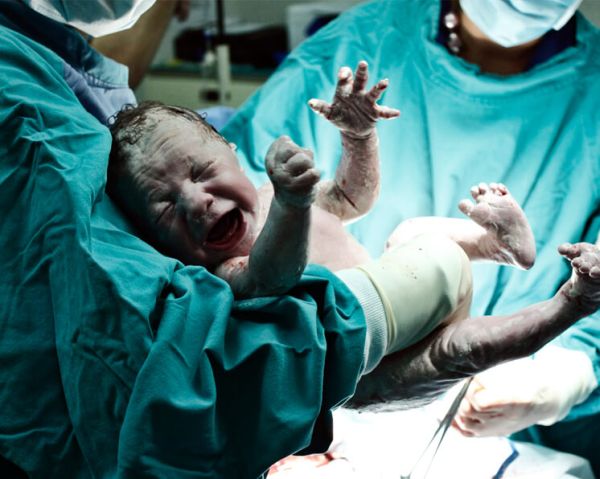 A 21-year-old new mum, Lebogang Setshotloe, has accused a doctor at Moses Kotane Hospital of breaking her baby’s arm during delivery.

The South African mum said she wasn’t allowed to see her baby girl until a day after delivery. She then found out that her daughter’s arm was broken.

Setshotloe narrated to Daily Sun that the hospital had failed her.

“I asked the nurse a day after I had a Cesarean section why my baby’s arm was broken and I was told the doctor had apologised for the mistake.

“This was a lie, as the doctor never even bothered to examine me after the delivery.

“Why was I not informed about what had happened as the mum of the child? This makes me really angry,” she said.

“I want the doctor and the hospital to come and explain to me how my baby’s arm was broken. I want to know what happened,” she cried.

Setshotloe said the horrific experience she went through showed the hospital didn’t care about the people they treat.

Her uncle, Jacob Kobedi, said, “We want the hospital to take full responsibility for the damage caused by the doctor.

“What they did and how they handled the situation doesn’t show any professionalism.”

North West Health spokesman, Tebogo Lekgethwane, said the matter was being investigated and would be properly followed up.

Why Cord Blood and Tissue Banking Is Ideal Upon Newborn Birth

What You Need to Know About Delta 8