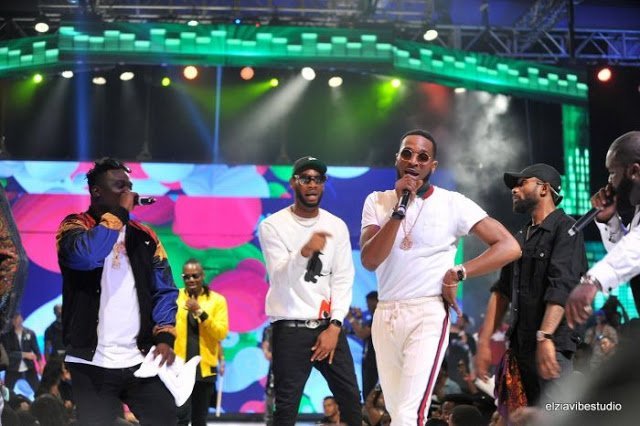 Fans of the Kokomaster, Dbanj, and Don Jazzy now have cause to smile, as the long awaited Mo’Hits reunion tour is now reality.

D’Banj and Don Jazzy announced the Mo’Hits Reunion Tour on their respective Instagram handles on Monday night.
The exact dates, venues or musicians performing have not been stated, but their teeming fans can’t wait.
The Mo’Hits Reunion Tour will see the crew perform old hits like ‘Booty Call’, ‘Pere’, ‘Ololufe’, ‘Why Me (remix)’, among others.

If and when the tour eventually holds, it will be the second time the crew will be reuniting since their messy split.

Mo’Hits reunited for the first time in five years at Davido’s ’30 Billion Concert’ in December.
Davido, whose concert trended on Twitter, said it took him two whole months of effort to bring the moment into fruition.

“There’s nobody that doesn’t know me, even the younger generation”– D’Banj sparks controversy (video)