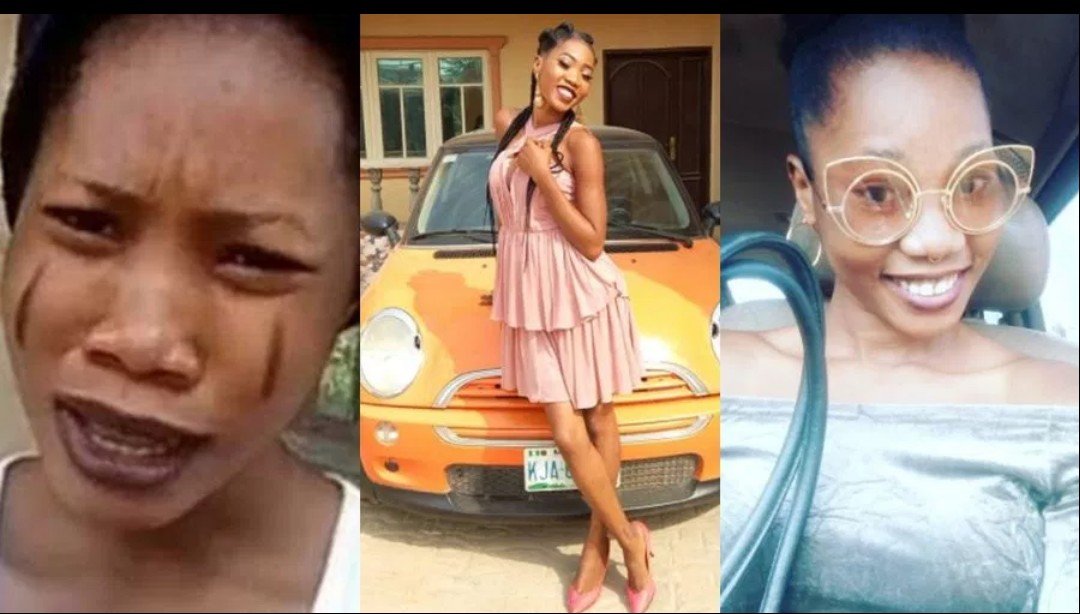 Adeyela Adebola, aka Omo Ibadan, is a rising star known for her funny skits. In this chat with TOFARATI IGE, she speaks about her career and many other issues

What motivated you to start comedy skits?
It is often said that boredom precedes moments of great creativity. It all started when I was denied admission to study Microbiology at the Obafemi Awolowo University, Ile-Ife, Osun State. My name was removed from the admission list and I don’t know why that happened till date. I was at home alone and different thoughts started coming to me. I decided to put them into skits and that was how I started uploading comedy skits online. In a way, it was failure and setback that pushed me into becoming an online comedian. However, I have always been a carefree and playful person. Before I started uploading skits on Instagram, I had a lot of fans on Facebook who always liked to see my updates because they were usually hilarious. That’s why people were not really surprised when I started doing video skits because they knew that I have always been funny.

When exactly did you start uploading video skits?
I started around May 2017. On the particular day I started, I was at home and I suddenly had an idea to post an update on Facebook but I felt it would be better if I did it in video format so that people would really understand the message I wanted to pass across. I asked my elder brother to help me shoot the video and I uploaded it online. The joke was about how girls from different states, including Ibadan, sleep.

Which schools did you attend?
I attended the School of Science, Ile-Ife, Osun State, for my post-elementary education. I also attended the Federal Polytechnic, Ede, Osun State, where I bagged an Ordinary National Diploma in Science Laboratory Technology. Right now, I am a student of The Polytechnic, Ibadan, for my Higher National Diploma in Microbiology.

READ ALSO
Ashley Greene & Paul Khoury Officially Tie the Knot!
Do you also perform stand-up comedy?
Yes, I do. However my style of stand-up comedy is more like stage drama; it is similar to what I do in my videos with the coaching centre theme. In that case, the audience would be the students and everybody would have fun.

Did you enjoy the support of your parents when you started your comedy career?
Yes, they offered me their full support. I believe that I am lucky for having parents like mine. I actually started my entertainment career with music and I have recorded a lot of songs. I recall that my father always wanted to hear my songs first. He used to call me even when I was in the studio to encourage me. Both my dad and mum always share my comedy skits with their friends. I really appreciate them.

What are some of the memorable experiences of your childhood?
I didn’t grow up in an expensive neighbourhood; though it wasn’t also a ghetto. There were a lot of children in the compound where I grew up and we used to play a lot. My nickname as a child was Sibi Onike (plastic spoon) and I would tell you the story behind it. Whenever it was time to go to school, I always found one reason or the other why I could not go because I hated school as a kid. I used to cry whenever they wanted to take me to school and I would tell my mum that I wanted plastic spoon, and whenever she gave me that, I would tell her that I wanted an iron spoon. Even when she gave me the iron spoon, I would reject it again and say I wanted plastic spoon. I also had another nickname, Bola on the mango tree. I remember that my mum bought me a dress with the inscription, ‘Bom’ and the elderly ones around used to joke that the Bom was an abbreviation for Bola on the mango tree. I had a lot of fun as a child and sometimes, I wish I could go back to being a kid.

Are you based in Ibadan?
I wouldn’t say yes or no. These days, I spend more time in Ibadan though I am based in Ile-Ife because that is where my parents live.

What skit led to your breakthrough?
It was the one titled, I109-attention. It was the first coaching centre skit that led to my breakthrough. When I recorded that skit, I was on the sick bed and I uploaded it on Facebook. Right from the hospital, I saw that the skit had gone viral. Some patients in the hospital were watching the skit and I was quite amazed. When I logged in to Instagram, I saw that the skit had also been shared on that platform several times.

What are the most memorable times of your career?
I believe that every day is memorable. I don’t think that there is any day that is more special than the rest.

What has been the most embarrassing moment in your career?
I don’t think I have experienced any form of embarrassment since I started my comedy skits. However, an incident happened the first day I was invited to compere a wedding reception but I don’t want to talk about it because of the people involved.

READ ALSO
Happy Birthday to Janelle Okpocha( Basketmouth's baby Girl)
Some people think that you truly cannot speak English language well. Is that true?
It is true that I cannot speak English well; it is not my mother tongue (laughs). Seriously though, I can speak English and I can communicate well. My accent in the comedy skits is part of the act.

How do you get inspiration for your skits?
I am more creative when I am alone. However, I get ideas from almost everything around me but I need to be alone to build on the ideas. At times, when I discuss with my friends and family, I pick some ideas from our conversations and develop them into skits.

How often do you advertise for people?
I do that quite a lot these days. However, I always give my clients specific time frames that their adverts would be done so that I don’t put too much pressure on myself and also bombard my fans with adverts.

Do you do other jobs apart from comedy?

I don’t have other jobs apart from comedy because I am still a student. However, I have several other interests apart from comedy. I am a singer and writer. As a matter of fact, I discovered my comedy talent through writing. Through my writings on social media, I have met several intellectual people, including professors, that I never thought I would have the opportunity of meeting.

What do you hope to achieve with your career?
I have a lot of plans. I always pray that God shouldn’t just bless me; He should make me a blessing to my generation. I want to impact lives. I don’t want something that would impact me alone.

READ ALSO
Basket Mouth(Bright Okpocha) - A real man doesn't make his wife jealous of others.....he makes others jealous of his wife
What are your hobbies?
I like to play. Even when I meet people for the first time, I relate with them as if I had known them for years. I also love reading and dancing. I love books that inspire me and lift my spirit. Then, I like to be alone and in those moments, I write a lot.

Are you in a relationship at the moment?
No, I am not.

What are the ideal qualities you like in a man?
I don’t really have a list of ideal qualities but I love dark and intelligent guys; a man with a cool personality. I don’t get carried away by material things; so I don’t care whether you are rich or not. Once I believe in you and you believe in my dreams as well, then, we are ready to go.

How do you like to dress?
I love dressing like a boy. I usually turn out in shirts, trousers and sneakers. My favourite fashion items are sneakers and other shoes. I can spend any amount on them.