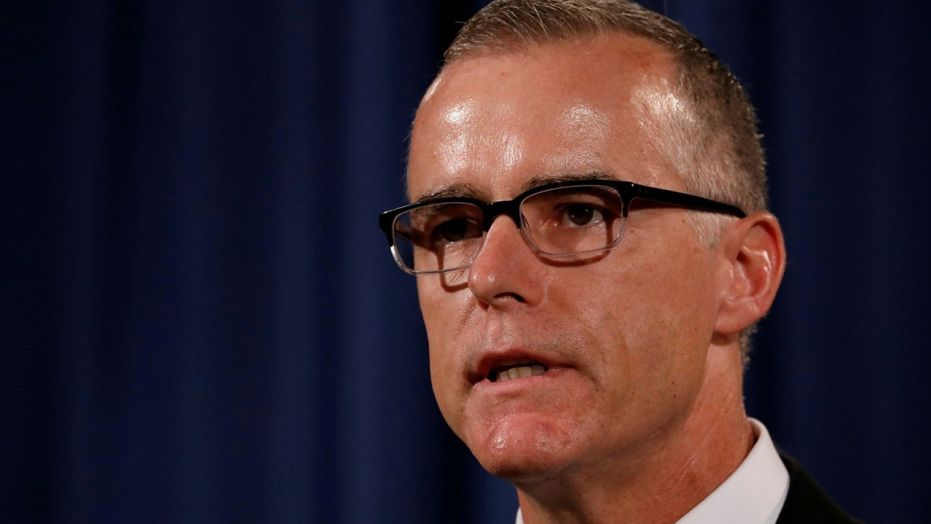 The sack made possible by the Justice Department, dealt a big blow to McCabe, as his firing came just days before his retirement and a guarantee of lifetime pension.
READ ALSO
Federal Government Extends Fuel subsidy for another 18 months

“Pursuant to Department Order 1202, and based on the report of the Inspector General, the findings of the FBI Office of Professional Responsibility, and the recommendation of the Department’s senior career official, I have terminated the employment of Andrew McCabe effective immediately,” Attorney General Jeff Sessions said in a statement.

“After an extensive and fair investigation and according to Department of Justice procedure, the Department’s Office of the Inspector General (OIG) provided its report on allegations of misconduct by Andrew McCabe to the FBI’s Office of Professional Responsibility (OPR),” Sessions said.

“The FBI’s OPR then reviewed the report and underlying documents and issued a disciplinary proposal recommending the dismissal of Mr. McCabe.  Both the OIG and FBI OPR reports concluded that Mr. McCabe had made an unauthorized disclosure to the news media and lacked candor − including under oath − on multiple occasions.

The FBI expects every employee to adhere to the highest standards of honesty, integrity, and accountability.

McCabe hit back in a fiery response of his own.

“This attack on my credibility is one part of a larger effort not just to slander me personally, but to taint the FBI, law enforcement, and intelligence professionals more generally,” McCabe said.

Amber Rose splits from 21 Savage after 1-year of dating

McCabe’s firing marked stunning fall for a man who was No. 2 at the bureau for a time under Comey, ran it and even was reportedly on President Trump’s short list for the directorship.