Home News Give Me Plenty Money And I Will Give You Breast Milk” –... 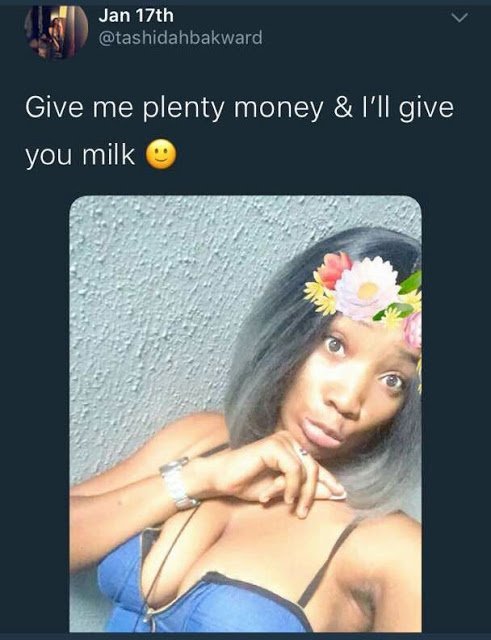 A lady who goes by the Twitter handle @tashidahbakward is currently trending on the social media platform after she declared that she will supply milk to anyone who gives her money.
The Nigerian lady shared a suggestive picture of herself with the message as the caption.

Recall that some days back another lady on Twitter also made a controversial post, in which she compared men to two cucumbers.

READ ALSO
Officer foots medical bills of a victim of kerosene explosion - Divisional Police Officer
The lady in question was dragged especially by male twitter users for daring to compare the their manhood to ordinary cucumbers.
She shared a picture of herself holding 2 cucumbers and said they are well built, well sized than that of men..
But the feedback she got will blow you away, some of the men took it a little far as they were clearly pissed by her offensive comments..