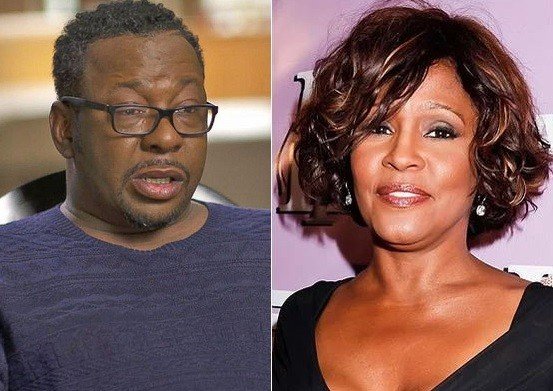 Late singer Whitney Houston‘s ex-husband, Bobby Brown, has said in a new shocking interview that he doesn’t think Houston died from drugs.
Recall that Houston was found dead in a bathtub in a Beverly Hills Hilton hotel room just before the Grammy Awards in 2012, and coroner confirmed that the singer died by accidental drowning, but cocaine was found in her system.

At that time, the Los Angeles County coroner’s office said that Toxicology testing measured 0.58 micrograms of cocaine per millilitre of blood drawn from a vein in Houston’s leg during the autopsy. The testing also found marijuana, the anti-anxiety drug Xanax, the muscle relaxant Flexeril and the allergy medicine Benadryl in Houston’s body when she died.
In the interview with Rolling Stone, Brown said: “I don’t think (Whitney) died from drugs. She was really working hard on herself to try to be a sober person.”
When asked what the cause was, Brown who was married to Houston from 1992 to 2007, simply said: “Just being broken-hearted.”

Their only child, daughter Bobbi Kristina Brown, died three years later in 2015 in a similar occurrence. The 22-year-old was found unconscious in a bathtub and died months later in hospital.