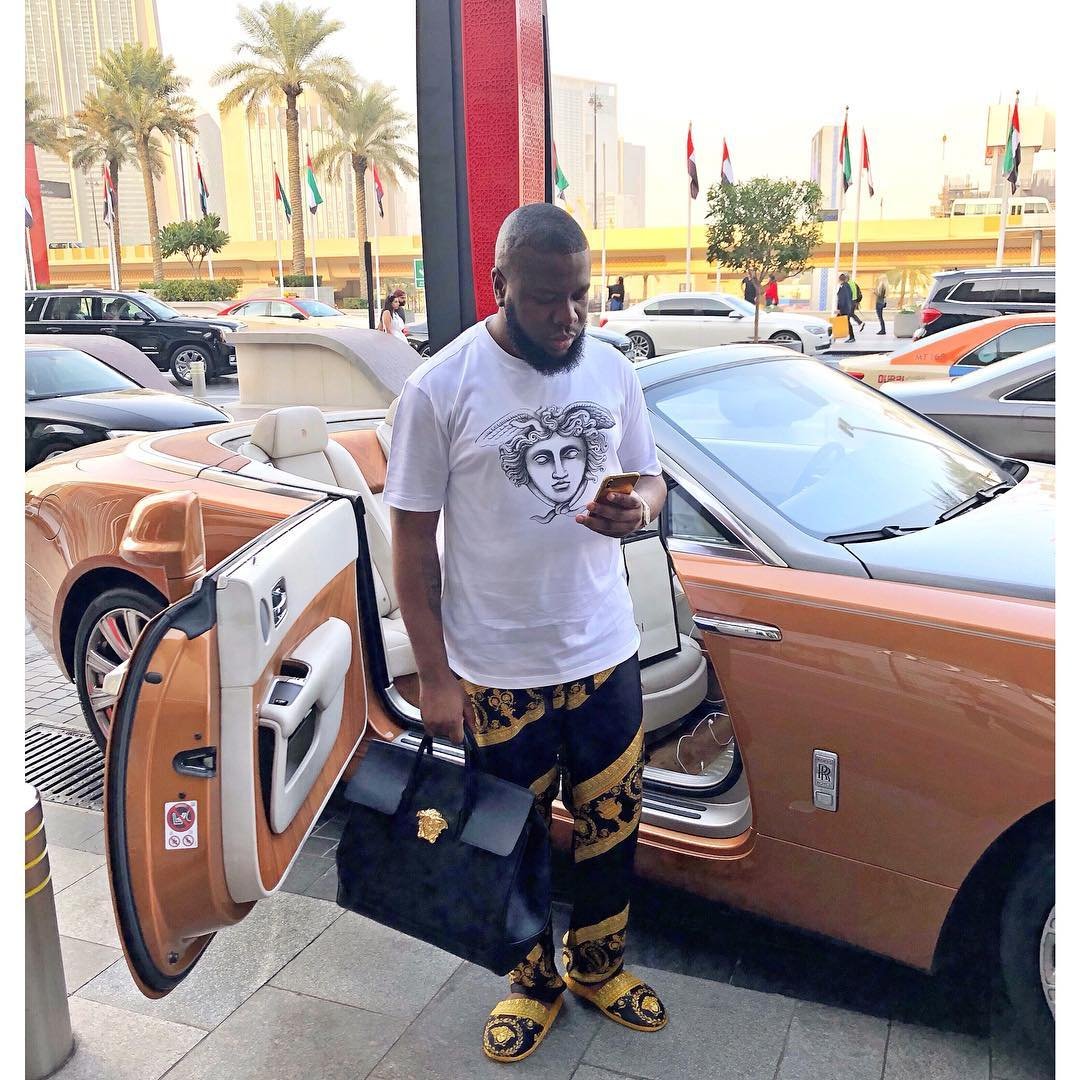 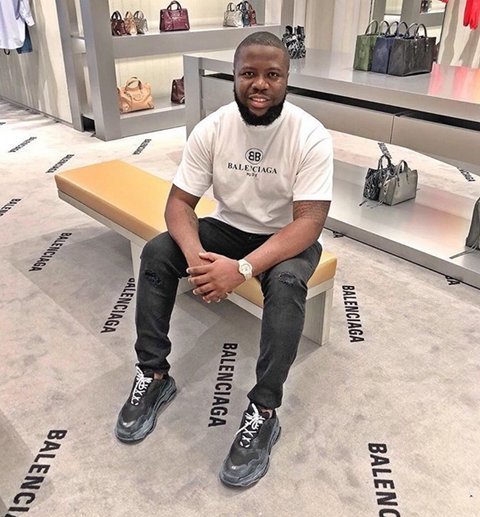 It appears Hushpuppi is back to his usual antics as he attacked popular Nigerian musicians, Phyno and KCee as well other unidentified artistes.

The Instagram king who has in the past involved with an online scuffle with the artistes when he alleged that they wear fake jewelry, fired hot shots at the musicians in his new post.
Huspuppi who was referring to the trending issue of celebs who wear fake items, explained that a large number of people who follow him are hypocrites as he referred to attacks on him by the entertainers.

Because around 6months ago when I passed the same message about not patronizing fakes if you don’t want your own craft to be pirated too, the whole nigeria came against me, one singer with bad hair line who is a lover of patronizing fake watches, clothes n shoes even suggested I should be investigated loool.

Another one jumped in the studio to make a diss track to telli person to stop wearing gucci which is a good thing lol, another artist jumped in my dm to send me death threats in the name of cultism (which I filed a complaint to the police and some necessary ears that are good at taking revenges just incase, already) lol.
Just because I said what was obviously TRUE and now they are all silent as if they didn’t see the same topic trending , anyways fast forward to yesterday, the same message was flying around this time from a different mouth, and Nigerians be like, true talk, that’s right,
they should stop buying fakes and many support the motion and I took time to read several comments and I was amazed when I saw some popular IG figure bashing artists and was against the same thing they supporting just 6months ago, I was shaking my head.

#BBNaija: Toyin Lawani throws weight behind Lucy after her fight with Nengi

Violette - August 10, 2020 0
Fashionista and popular entrepreneur, Toyin Lawani have thrown her weight behind Lucy after her recent fight with Nengi at the ongoing Big Brother Naija...

Awww Ciara chilling with her fans

Johnson Olumide - December 20, 2019 0
The R&B artists decided to Party with some of her close fans and for real they all had fun been with her. see more...

‘No be by beauty’ as DJ Cuppy ask why she is still single despite...

Violette - July 1, 2020 0
If getting a romantic partner is by beauty, the partner of the most beautiful Woman will be countless. And DJ Cuppy has cried out why...

Johnson Olumide - March 21, 2020 0
Cassper Nyovest inspired his fans on social media with his life story. How he came to the lime light within 5 years. The rap star...

Johnson Olumide - July 26, 2021 0
BBNaija's Maria Chike Agueze, while having a chat with some of the male housemates has revealed she will not be having sex during her...