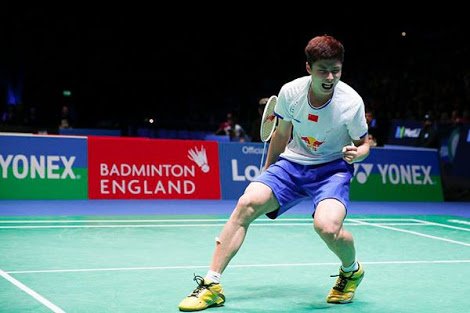 Lin Dan closed in on a seventh men’s singles title at the Badminton All-England Open championships when he reached Sunday’s final with a 21-14, 13-21, 21-11 victory over Chinese compatriot Huang Yuxiang.

If the 34-year-old beats another Chinese opponent, the seventh seeded Shi Yuqi, he will move to within one title of Rudy Hartono’s record eight All-England titles, although the Indonesian’s successes occurred before the Open era.

Lin is already assured of one record, though, after booking his place in a 10th All England final.

His opponent on Sunday, Shi Yuqi, made sure there will be a Chinese winner when he beat Son Wan Ho, the fifth seeded Korean 21-17, 21-14, to reach the final for the second successive year.

There could be a record in the women’s singles too, after Akane Yamaguchi, the World Super Series titleholder from Japan, reached the final in an exhausting one-hour 20-minutes encounter with Pusarla Sindhu, the Olympic silver medallist from India, eventually prevailing 19-21, 21-19, 21-18.

READ ALSO
#BlackPanther is an over hyped movie – Daddy Freeze
If Yamaguchi has enough energy left to beat Tai Tzu-ying, the top-seeded titleholder from Taiwan, she will become the first All-England women’s singles champion from Japan since Hiroe Yuki in 1977, when the game was still officially amateur.