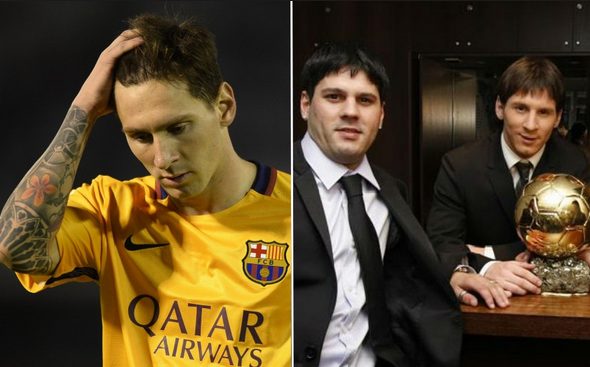 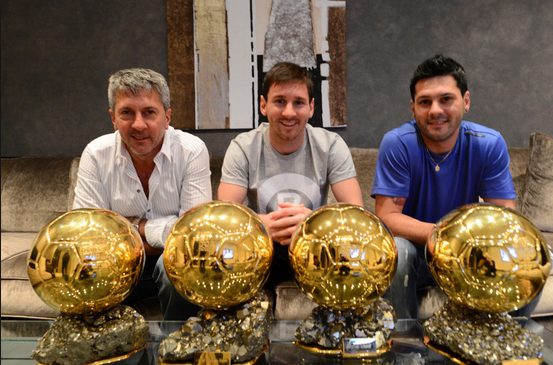 Lionel Messi’s brother was arrested for the second time in just over three months last night in an Argentinian holiday resort. Matias Messi, 35, was held after the driver he hit called police to claim he had been threatened with a weapon.

Javier Rivera, 24, said the Barcelona star’s elder sibling fled the scene after taking the gun out of his car boot following a struggle.

He also told Argentinian media Matias deliberately damaged his vehicle before driving off and being stopped by police after a crash.

Messi’s brother was on Sunday being held at a police station in Pinamar , near the scene of the accident in the Atlantic city of Villa Gesell around 7pm on Saturday.

Police say no gun was found in the Land Rover Matias was driving, although local reports said two cannabis cigarettes had been found in the vehicle.

The other driver told local media Matias had become aggressive after hitting his car from behind.

Mr Rivera, speaking shortly after the accident, said: ‘I parked up to see why he had hit me and when I got out saw the other person who immediately began to insult me and then assaulted me and ripped my T-shirt.’

Then he began to threaten me and went back to his car and got out a weapon.

‘After the struggle he retuned to his vehicle and tried to run me over. ‘He escaped from the police twice before he was caught.’

His lawyer Atilio Roncoroni, who reported Messi’s brother for aggravated criminal threats, added: ‘My client was hit from behind as he was leaving Villa Gesell to head to Pinamar where he works.

‘He said the other man was absolutely livid and began to insult him despite having been the one who had hit him from behind.

‘He said there was a struggle and the other man told him, ‘Don’t you know who I am!’ before going back to the car and getting out something from the boot.

‘My client says he had a gun in his hand when he came back, like one of the pistols the police use, and there was another struggle.

‘Witnesses say they separated and the other man got back in his vehicle and tried to hit my client who was behind his car and dodged him.

‘He got a few feet up the road and turned back round again and when he was about to hit my client’s vehicle he swerved but damaged the side of his car and left.’

The footballer’s brother is still under investigation following the discovery of a gun on board a blood-stained boat he claims he had an accident on at the end of November on the Parana River near Rosario.