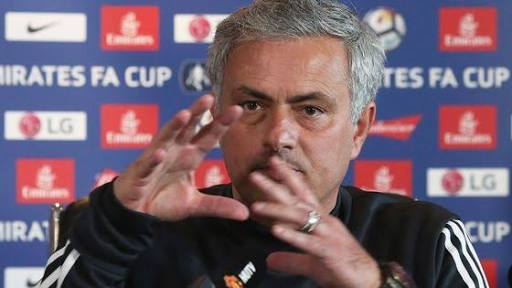 Jose Mourinho singled out Nemanja Matic as an “island of personality” as he criticised the mentality of his Manchester United players despite booking a place in the FA Cup semi-finals.

Romelu Lukaku and Matic converted United’s only two efforts on target in a 2-0 win against Brighton and Hove Albion at Old Trafford on Saturday to set up a trip to Wembley.

Mourinho had told his players to “grow up” following Tuesday’s surprise defeat to Sevilla in the Champions League and the Portuguese left Paul Pogba and Alexis Sanchez as unused substitutes against Brighton.

“I didn’t like the game,” Mourinho told BT Sport. “I think we deserved to win because I think the game was in control for the majority, we scored two and they didn’t score, so we clearly deserved it but we didn’t play the way I want.

“The biggest frustration is not a bad result because this can happen, it’s when I work on the [training] pitch and don’t see the situations on the pitch.

“[Scott] McTominay lost more passes than in all his games altogether but he was a Manchester United player, he gives to the team.

“It was a question of mentality. The perfect Manchester United player has quality and personality and is consistent. When you play bad you must have personality.”

Mourinho Admits Man Utd Are Not a Team