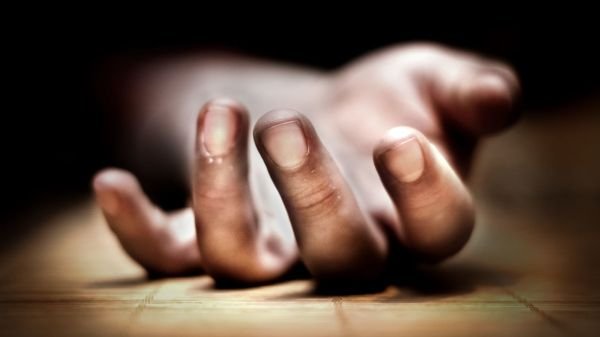 A mother of two unemployed graduates, whose name was given as Uzoaku, on Saturday hanged herself in Mgbakwu, in the Awka North Local Government Area of Anambra State.

It was gathered that the 66-year-old woman had complained to some people that she was angry that her two children, who graduated some years back, had not got any job.

READ ALSO
Red Carpet Photos at Teen Choice Awards 2017
A villager, Uche Aniuno, said, “I saw her about four days ago. She expressed bitterness over the unemployment situation of her two children who graduated some years back. But I didn’t know that could lead her to this situation.

“She was a hard-working woman and I won’t say she was poor. One of her daughters is married with children. We are all surprised that she ended this way.”

READ ALSO
How to spot a lie in a text message
But the younger brother of the deceased, Fredrick Nwenu, told some journalists that his sister had no reason to take her life.
The Punch reports that Nwenu, who said he accommodated his late sister for some time, said the news came to him as a shock.
READ ALSO
Omoni Oboli Slams a body shaming follower on IG
He said, “My sister had no reason to do this, having trained her two children to university level.
“She had two children who are university graduates. Her daughter is happily married with kids. So, she had no reason whatsoever to commit suicide.”
The community was thrown into mourning when the news of the suicide spread, as many described her as an industrious woman.
It was gathered that the deceased hanged herself with a rope which she tied to the burglary-proof bars of the window in her room.
It was learnt that the victim was cooking in her kitchen around 4pm when she suddenly abandoned the food and dashed to the bedroom where she allegedly took her life.
A neigbour, Isaac Umeh, who described the incident as regrettable, wondered why a grandmother would take such a decision.

He said the deceased was alone at home when the incident happened.
He said, “Nobody was around that time. The food she was cooking was still on the fire when she suddenly rushed into the room where she used a rope to hang herself.
“The whole thing is still a mystery to us because nobody believed a woman of her age with grandchildren could take her own life.”

When The Punch visited the residence of the deceased, sympathisers were still trooping in in large numbers to offer condolences to the family.
Calls made to the Police Public Relations Officer in the state, Nkeiruka Nwode, rang out. A text message sent to her had also yet to be replied to as of press time.

Johnson Olumide - February 18, 2020 0
The NO 1 Seeded Female Player going into the U.S Open 2016 used her Instagram page earlier yesterday to annouce that she would be...

Johnson Olumide - February 17, 2020 0
Kenyan controversial socialite Vera Sidika who last year had social Media war with Huddah Monroe another socialite,posted this raunchy photo on her Instagram.  She had...

Violette - July 28, 2021 0
As Obi Cubana continue to trend across all social media platforms, popular Aphrodisiac expert, Jaruma Empire has revealed that over  7 million clients have sent...

How my ex-girlfriend, Autumn Spike tried to extort $5 million from me – Dangote