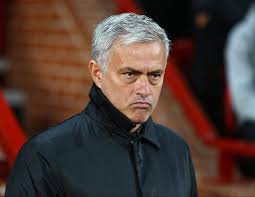 The United boss was angry with his side’s performance in Saturday’s FA Cup quarter-final against the Seagulls, despite a 2-0 win at Old Trafford seeing the hosts into the last four.

Shaw was involved in the move that saw Nemanja Matic set up Romelu Lukaku for the opener, the Serbia international then heading in an Ashley Young cross to wrap up victory.

“My reason [to withdraw Shaw] was we work on the pitch a certain kind of movements, the two full-backs need to be really aggressive and always in front to make space for Matic and Scott [McTominay] to play in front of the two central defenders.

“And I didn’t have that with Luke or with Antonio Valencia. I didn’t change both because it was too aggressive to do it and then I have only one more change to 90 minutes.”

Mourinho Admits Man Utd Are Not a Team