Home Sports Football Must Read! Barcelona Star Lionel Messi Reveals How He Injected Himself Every... 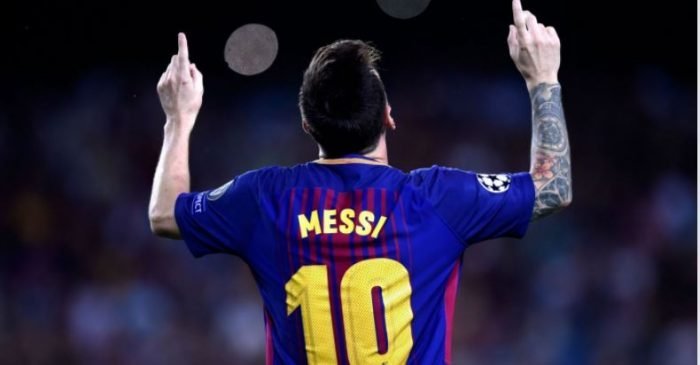 Barcelona superstar, Lionel Messi, has revealed how he injected himself with hormones every night as a child.
Messi told America TV that he had to inject his own legs every night, from when he was 12 years old.

The Argentine suffered from a growth hormone deficiency when he was growing up in Rosario, in the Argentinian state of Santa Fe.
“I injected my legs once every night. I started at 12 years old. It was not something that left an impression on me.
“At first my parents gave me the injections from when I was eight years old until I learnt. It was a small needle.

READ ALSO
The Story Of Ali Daei, The All-time International Goalscorer.
“It did not hurt, it was something routine for me that I had to do and I did it with normality,” Messi said.
His parents had to pay a reported $1,500 a month for the hormones, until his former club Newell’s Old Boys offered to pay for some of the treatment.
READ ALSO
Topless Rita Ora Covers Her Boobs With Her Hand After Sunbathing in Jamaica
Messi moved with his family to Barcelona in 2001 at the age of 13 and the Spanish club paid for all his medical needs until he finished the hormone treatment at 14.