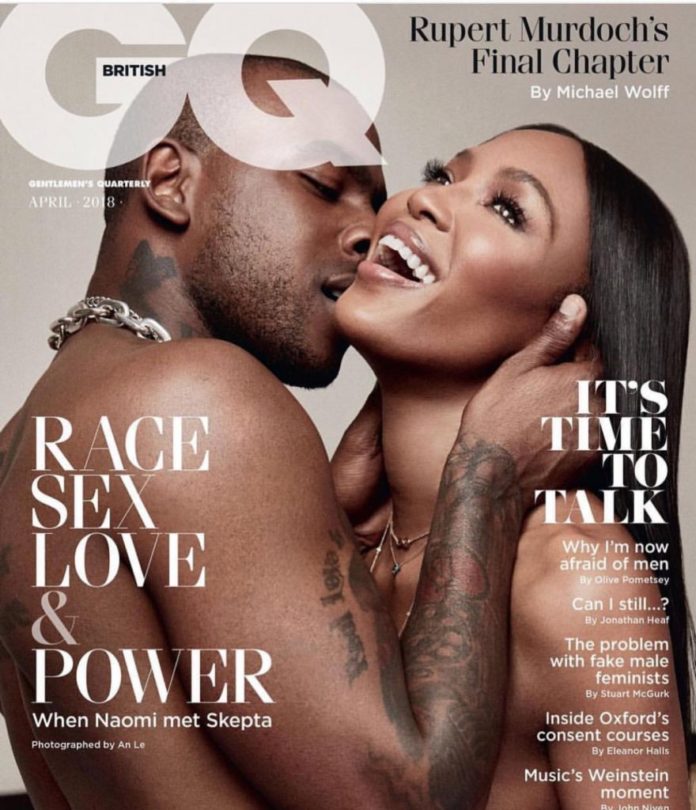 Naomi Campbell has made it clear just how steamy her relationship with rapper Skepta is by posing for a sizzling GQ cover shoot with her new beau.

He is 15 years younger than the fashion icon.

There had been rumour about their relationship, but Naomi, 47, confirmed it via an Instagram post on Thursday, when she shared a GQ cover featuring her and her beau cuddled close while wearing nothing but jewelry.

Skepta is the first man Naomi has been linked to since Egyptian millionaire Louis C. Camilleri in July 2017, the Mail Online reported.

Born Joseph Junior Adenuga on September 19, 1982, Skepta is an English rapper, songwriter and producer. Although he was born in North London, his parents are Nigerian immigrants.

Violette - June 2, 2018 0
Big Brother Naija 2018 first runner-up, Cee-C took to Instagram to send a birthday message to, Tobi Bakre and it all looks like she...

Violette - January 9, 2020 0
Former big brother naija star, Kokoby Khloe has begin the trend she begs fans not to start in year 2020 as she begs for...

PSA, I am single – BBNaija’s Jackye Madu officially Dumps her boyfriend after he...

Johnson Olumide - June 17, 2020 0
The BBNaija Reunion show has shown us both the dark sides and the lighted sides of all the former housemates from the last BBNaija show. During...

Johnson Olumide - February 17, 2020 0
The Queen of Hip hop, Beyonce took some personal Moment too Embrace Life in her moments as she was photographed standing alone Inside the...

Violette - July 1, 2020 0
There is always a joy that comes from Wizkid fans when the star boy wants to release a new album. And they are feeling the...