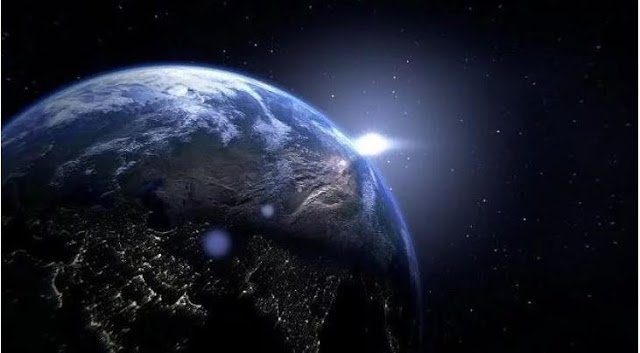 The United Nations, UN, on Monday warned that as the global population expands and the planet warms up, demand for water is rising, while quality and reliable water supply is declining.

In the 2018 edition of the World Water Development Report, the UN said world should look to nature for better ways to maintain supplies of water, keep it clean, and protect people from droughts and floods.
The UN said one response is to invest more in protecting ecosystems that recycle water, such as wetlands and vegetation, and spend less on concrete flood barriers or wastewater treatment plants.

READ ALSO
Mavin Records' singer, Di'Ja has baby No. 2 on the way
Audrey Azoulay, director-general of UNESCO, which coordinates the report, called for “new solutions” to tackle “emerging challenges to water security caused by population growth and climate change”.

“If we do nothing, some five billion people will be living in areas with poor access to water by 2050,” she said in a statement.
The chair of UN-Water, Gilbert Houngbo, stated in the report’s foreword that demand for water is expected to increase by nearly one-third by 2050.

READ ALSO
Caption this between Donal Trump winning the U.S 2016 Election and Twitter Reactions
To help manage competing demands for freshwater – whether to quench human thirst, water crops or produce electricity, UNESCO recommended “working with nature, rather than against it” in a bid to make water use more efficient, cost-effective and healthier for people and the environment.
“For too long, the world has turned first to human-built, or ‘grey’, infrastructure to improve water management,” wrote Houngbo.
“In so doing, it has often brushed aside traditional and indigenous knowledge that embraces greener approaches.”
UNESCO outlined the benefits of “nature-based solutions”, which use or mimic natural processes to increase water availability, improve its quality and reduce risks linked to water-related disasters and climate change.
Those solutions include: changing farming practices so the soil retains more moisture and nutrients, harvesting rainwater, re-charging aquifers, conserving wetlands that capture runoff and decontaminate water, restoring floodplains and turning rooftops into gardens.
UNESCO cited estimates that agricultural production could be increased by nearly 20 per cent worldwide if greener water management practices were used.
Editor-in-chief of the report, Richard Connor, said switching to a “conservation agriculture” model could bring high and rapid returns, but achieving it on a large scale would require political will at the national level.
READ ALSO
Lady Sets Her Cheating Boyfriend’s Car On Fire After Failing To Smash His Bulletproof Windows
“Agriculture internationally remains dominated by industrial (farming), and it can be a little more difficult to influence the private-sector interests that are involved,” he told the Thomson Reuters Foundation.
He said some companies were adopting more sustainable practices, while consumers – mainly in Europe and North America – increasingly prefer organic, locally-grown food.
Inside cities, the challenge is to capture and filter more water using “green infrastructure” – from water retention ponds to wild spaces that double up for leisure activities.
And out of town, in the basins on which cities rely, water users like farmers need to cooperate with municipal authorities to ensure enough clean water for all.
UNESCO said New York, for example, has protected its three biggest watersheds since the late 1990s, resulting in an unfiltered water supply that brings savings of more than 300 million dollars per year on water treatment and maintenance costs.
READ ALSO
UK Visa Exempts Nigerian Graduates
Connor said “grey” infrastructure – such as piped water to slums, dams to control water flow on rivers, or concrete walls to keep out big storm surges and floods – would still be needed.
Yet while growing amounts are spent on green infrastructure and other nature-based solutions, evidence suggests they account for less than 1 percent of total investment in infrastructure to manage water resources, the report said.
Connor pointed to the extra advantages of using natural ways to manage water, including the potential to boost biodiversity, jobs, health and carbon storage.
“If you start to look at these co-benefits that often do not exist with grey infrastructure … it should tip the investment decisions towards more nature-based solutions,” he said.