The “WO” crooner is totally an unleashed and unstoppable force in the Nigerian entertainment music industry as he had chinned out hits upon hits and 7 albums to his credit.

we can say he had conquered all, but to him its just the begining of greatness as he took to his social media last night to announce to the world his own Music Channel called Play TV.

in his words he had this to say; 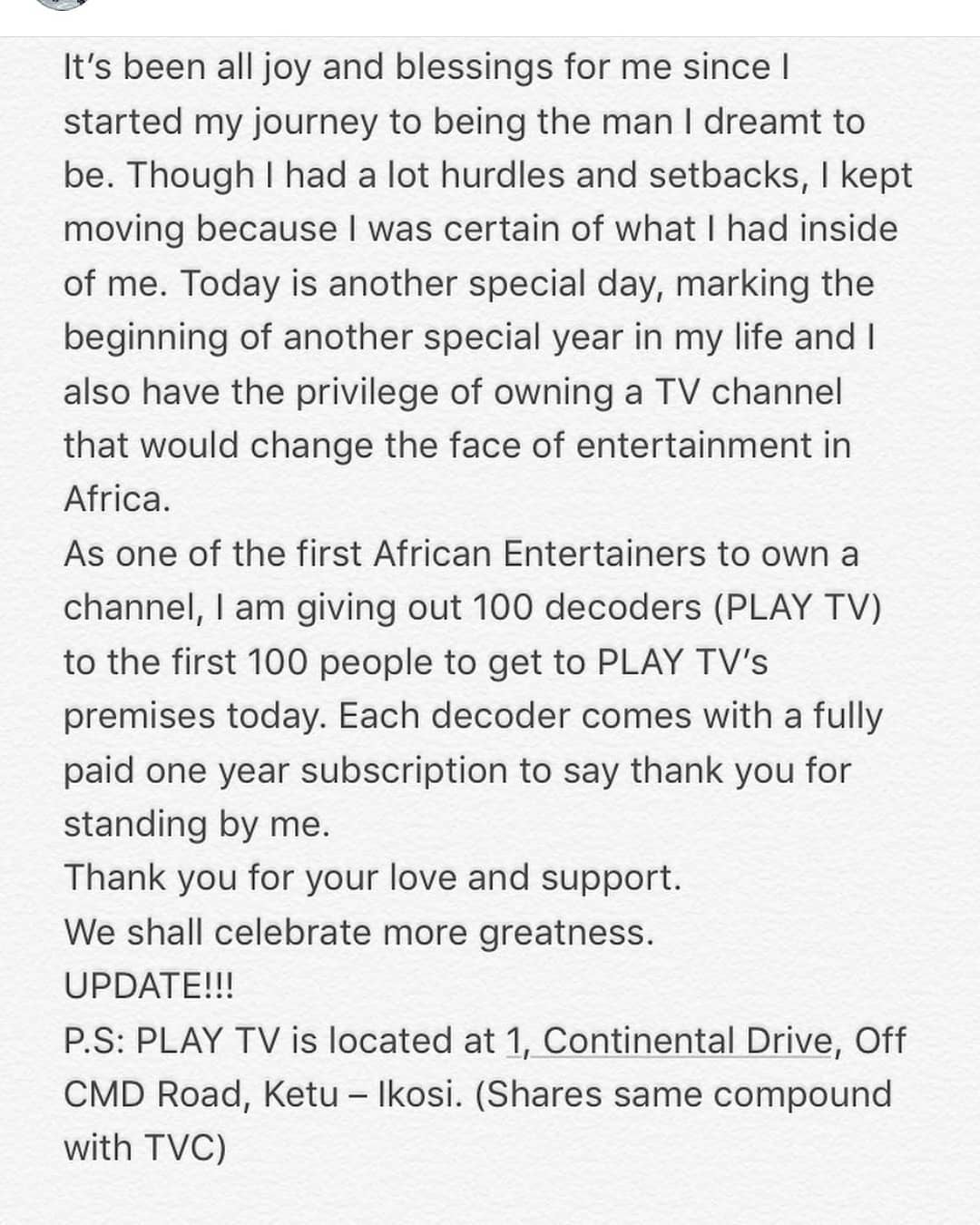 I sincerely apologize for my actions and inaction – Lil Frosh Breaks Silence after...

Johnson Olumide - October 11, 2020 0
Former DMW Artiste Lil frosh has finally breaks his silence regarding the accusation of assaulting and beating his girlfriend to Pulp which went viral...

Violette - April 2, 2019 0
Arsenal striker, Pierre-Emerick Aubameyang, could be forced into international retirement, having previously threatened to quit the Gabon national team. Gabon failed to qualify for the...

Johnson Olumide - August 30, 2015 0
The Queen of blogging in Nigeria, Linda Ikeji also known has a former model. she downed this beautiful White dress to a wedding occasion...

Violette - August 16, 2018 0
Africa Fashion Week  Nigeria 2018 held a successful model casting with over 300 models turning out to get an opportunity to walk the AFWN...