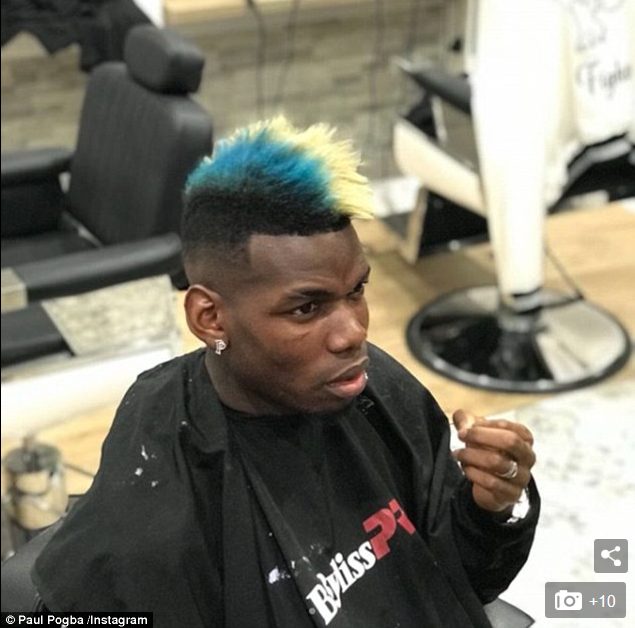 Manchester United star Paul Pogba showed off his new blue hairstyle on his Instagram page on Monday. The Frenchman’s new eccentric look was inspired by a Dragonball Z character.

Pogba, who recently celebrated his 25th birthday by asking his Facebook followers to donate to charity, admitted his new cut was partly inspired by Super Saiyan Blue (a transformation in Japanese anime Dragonball Z) in his post.
He wrote: ‘New Blue Hair for Blue Super Saiyan’. 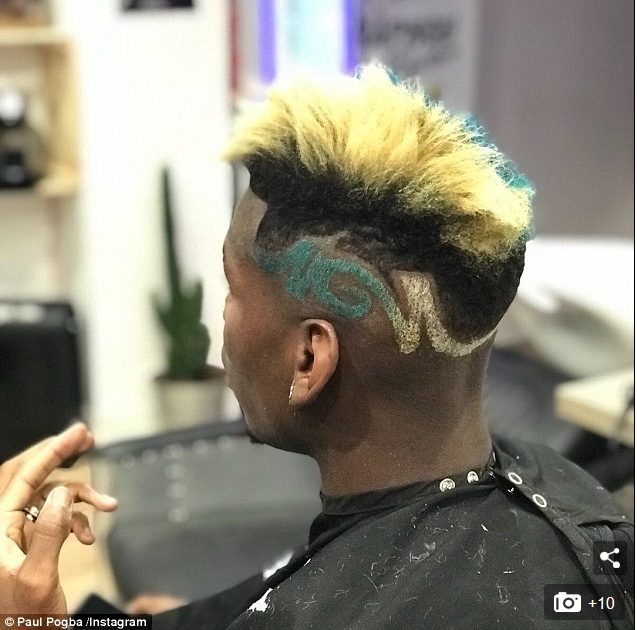 Pogba wore some questionable trousers as he arrived with his French team-mates at their training base in Clairefontaine-en-Yvelines on Monday afternoon head of their friendlies against Colombia and Russia..