Home News Police Order Woman To Flog The Hell Out Of Her Husband After... 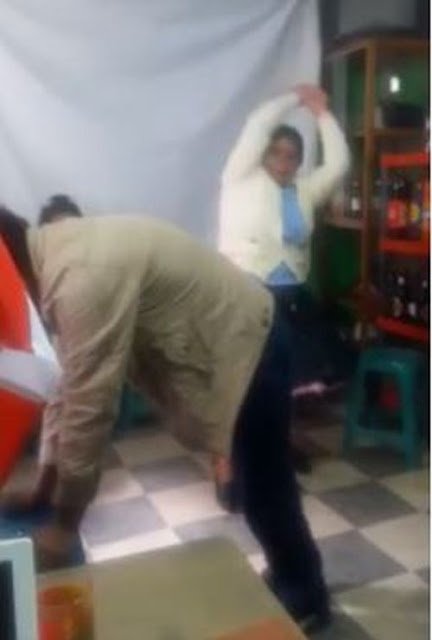 A woman has been seen flogging her own husband with a cane after the police instructed her to do so.

A video has shown the stunning moment a woman flogged her own husband many times on the orders of police officers.
In the video, the man is seen holding on to a table and presenting his backside to his wife who stands behind him with a cane in her hands.
She then proceeds to repeatedly strike him with the cane till he cringes and winces in pain.
According to Nwanne Campo, who shared the video, the man being flogged is actually the woman’s husband who beat her up in their home. The police reportedly ordered her to beat the man up for what he did to her.
Campo wrote: “The man in this video beat up his wife in Ecuador, kicked her 21 times and left her ribs bruised so the local authorities ordered his wife to flog him for beating her up.”
Although still unconfirmed, the story has gone viral on social media.

READ ALSO
9mobile: NCC are out for ‘consolidation’ — good news for Glo and Airtel