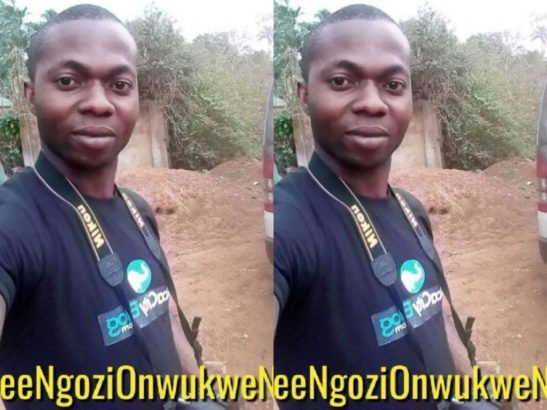 Blogger and publisher of AbaCityblog.com, Mr. Ngozi Blessed Onwukwe, has been reportedly kidnapped by unknown gunmen in Umuahia, the Abia State capital.
The blogger, as an eyewitness claimed, was abducted by a gang of four men in a Toyota Sienna car on Ikot Ekpene road, Umuahia while he was on his way to cover an event in Arochukwu.
The source said the victim was standing by the roadside and waiting to board a taxi when the car blocked him before two heavily built young men alighted and dragged him into the vehicle.
The source said Blessed was wearing a T-shirt with the tag, ‘ABACITYBLOG’ on it as of the time of the incident.
It was however reported that efforts to reach him through his mobile phone number proved abortive as it was switched off.
His abductors had yet to contact his family or his colleagues in Abia State.