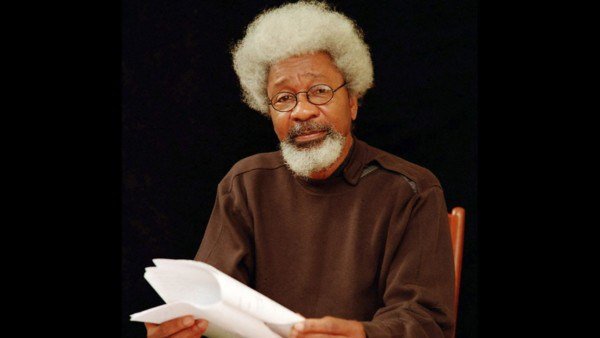 Justice, governance will and responsibility, are what were needed from the president, not sympathy, Soyinka said.

He said this while speaking at the maiden edition of Ripples Nigeria Dialogue, organised by Ripples Centre for Data and Investigative Journalism, on Thursday.

Buhari should have shown up to the scene of the crime, Soyinka said, and ordered his forces into action. He said:

We are speaking here of one eternal commodity that is a fundamental human deserving – justice. That’s what we are speaking about. Sympathy with or without the ostentatious laying of wreaths at the mass graves of victims by the new messiahs; sympathy is an ordinary commodity accessible to all of us. We are speaking, however, of a people’s need for security and where the structure for that fails, bring the perpetrators to book, even while em placing deterrence measures against repeat.

We are speaking of governance will and responsibility; the readiness to respond with massive punitive action when the fundamental security of a people is violated.

We are speaking here of a President showing up at the arena of human desecration, not to shed any unjust tears but to read the riot act and give orders right on the scene of violation; order his forces into action against the arrogant blood-thirsty renegades of society who wallow in the blood of others, having been assured, some way or the other, of a cloak of impunity.

We are speaking of the courage to declare such monsters terrorists, enemies of humanity with the same dispatch as the declaration of far less violent, far less destabilizing movement or the disruptive and super naturalist, and sometimes nasty, in their attestation and activities.  We are speaking, in fact, for a culture of even-handedness.

They said, “Oh yes, that wedding was a needed therapy for the trauma undergone so recently by the abduction of those girls.” Now, that’s what I call blasphemy. I’m not a religious person, but that is blasphemy.

There are so many formulas that could have been adopted to ensure that the couple still had their wedding without the accompanied exhibitionist lavishness so soon after a national calamity.

He also addressed the herdsmen killings ongoing in the country.

He criticized the comments made by the Minister of Defense, Mansur Dan Ali, saying:

I consider that shot, however painful, a far more honorable wound than the wound sustained by our Minister of Defense, who shot himself in the mouth with some unacceptable commentary concerning the rampages of the Fulani herdsmen.

“What did you expect them to do?” –  This is after people had been killed in figures of hundreds – “What do you expect them to do if you block their route?” This is addressing victims of Fulani herdsmen; this is addressing issues of rape, of massacre of the takeover of farmlands, the takeover of villages, all over Benue, Taraba, etcetera, etcetera.

Land grabbers are trying to build on a piece of land that is not theirs “and you obstruct them, what do you want them to do?” Farmers are squatting on land on which they derive their food and complaining, daring to complain, that cows were trampling on their farms and eating their crops. “So, what do you expect the cow owners to do?”

And of course, let’s not forget the abduction of the girls, the latest, Dapchi. It’s their fault; didn’t they know that Boko Haram doesn’t like girls going to school? Stupid girls, stupid teachers, stupid parents; serves them right. It’s very strange to be able to say outside the world that the Minister of Defence is still in Buhari’s cabinet.

Senate House Acts On The Death Of Female Corps Member shot By Policeman In...

Violette - July 2, 2019 0
The Nigerian Senate has resolved to investigate the circumstances surround the death of Miss Linda Angela Igwetu, the NYSC Corper who was allegedly killed by a...

Johnson Olumide - June 8, 2019 0
Dezdove De King Lady is Out With another Track Ezinne which She Featured Upcoming Acts SagTuneRow and Nazga. RoundUp - My Life In Libya ...

Violette - July 2, 2019 0
Curvy Ghanaian actress, Ella Mensah has taken to social media just like many other folks to react to the viral news of 19 years...

Violette - July 12, 2019 0
He is by far one of the most amazing celebrities and talented artistes to come out of the UK. English Singer, Record Producer and...

Violette - May 12, 2020 0
There’s something big coming! Self- acclaimed rapper queen Ruth Adjoa Amankwah popularly known as Eno Barony in a recent interview has announced a possible...