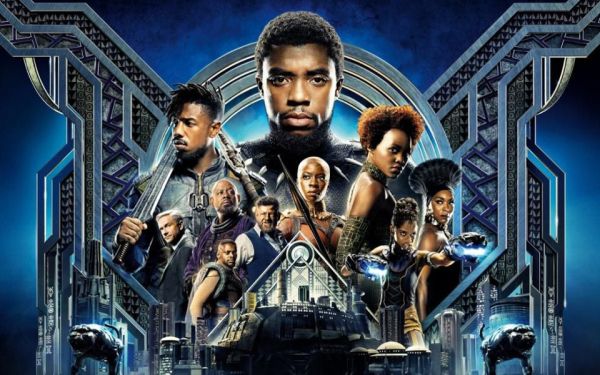 The film brought in $242m domestically in its four-day opening weekend just behind Star Wars: The Force Awakens.

It made made another $65m over the weekend. The film has now raked in over $500m after just 17 days in theatres, making it the 10th highest-domestic-grossing movie in history.

The film is sure to eclipse the ninth spot on the list, 2017′s Beauty and the Beast, which made $504m domestically.

The superhero film could even pass The Avengers, which made $623m domestically in 2012 and is the highest-grossing Marvel film of all time.

Those numbers make Black Panther the fifth largest opening of all time, and the top February opening weekend.

With a black director Ryan Coogler at the helm and a nearly all-black cast, Black Panther is striking a chord with fans, especially African-American audiences.

With a 97 percent rating on Rotten Tomatoes, the film is a hit with critics as well.

Black Panther is a 2018 American superhero film based on the Marvel Comics character of the same name.

Produced by Marvel Studios and distributed by Walt Disney Studios Motion Pictures, it is the eighteenth film in the Marvel Cinematic Universe (MCU).

In Black Panther, T’Challa returns home as king of Wakanda but finds his sovereignty challenged by a long-time adversary, in a conflict with global consequences.

Black Panther premiered in Los Angeles on January 29, 2018, and was released theatrically in the United States on February 16, 2018, in 2D, 3D, IMAX and other premium large formats