Home News See How Much Football Star, Neymar Will Pocket If He Wins The... 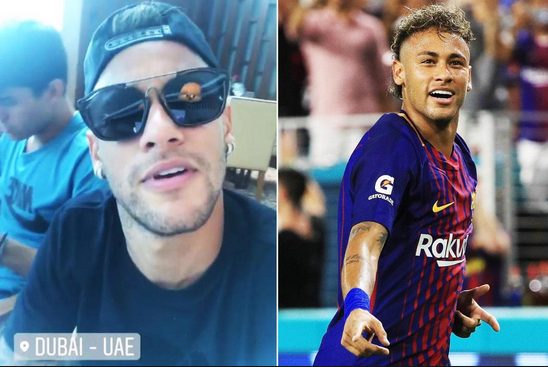 One of the perks for being the world’s most expensive player. The contract between football star Neymar and Nike has been revealed including huge Ballon d’Or and World Cup bonuses.

UOL Esporte have published documents showing his contract with Nike, and the details are incredible.
Neymar will pocket $1million from Nike if he goes on to win the Ballon d’Or.
On top of his €40m a year salary with PSG, Neymar is in line for some hefty windfalls as part of his sponsorship deal.
It is claimed he will receive a $1millon bonus if he goes on to win the Ballon d’Or.
Neymar has been in contention in recent years but has ultimately been pipped by Cristiano Ronaldo and Lionel Messi.
His injury is not expected to keep him out of the World Cup and he will hope to feature in Russia with a number of other clauses in his contract.
The PSG superstar will reportedly earn $50,000 if Brazil lift the trophy – and $200,000 if he is named Player of the Tournament or finishes as top goalscorer.
Elsewhere, it is reported his earnings are dependent on his performances and who he is playing for.

Johnson Olumide - February 17, 2020 0
The Queen of Pop was looking so fabulous, raunchy and sexy as she attended an event. she posted the photo above and captioned :  nickiminajNo matter...