Spain’s prosecutor said on Wednesday it was seeking a five-year jail sentence and a fine of 4 million euros (£3.5 million) for former soccer player Xabi Alonso over accusations of tax fraud. 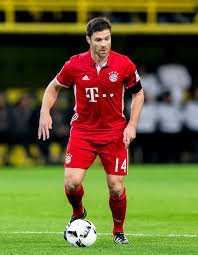 The prosecutor said in a statement Alonso is accused of defrauding the Spanish state some 2 million euros between 2010 and 2012.

The prosecutor called for the same sentence to be applied to Alonso’s financial advisor Ivan Zaldua Azcuenaga and the administrator of consultancy shell company, Ignasi Maestre Casanova.

Violette - July 15, 2020 0
Popular Instagram personality and one of Davido's staff members, Muhammadu Abdullahi, popularly known as Father DMW, has took to his instagram handle to post...

Johnson Olumide - May 12, 2020 0
Meek Mill and Safaree Samuels had an explosive run-in at a pre BET Award event on Friday, June 23. The "Love the Most" rapper was ambushed and attacked...

Violette - May 12, 2020 0
Ghanaian famous musician Shatta Wale has put the CEO of 4Syte TV on blast for asking him to share a flyer for his new...