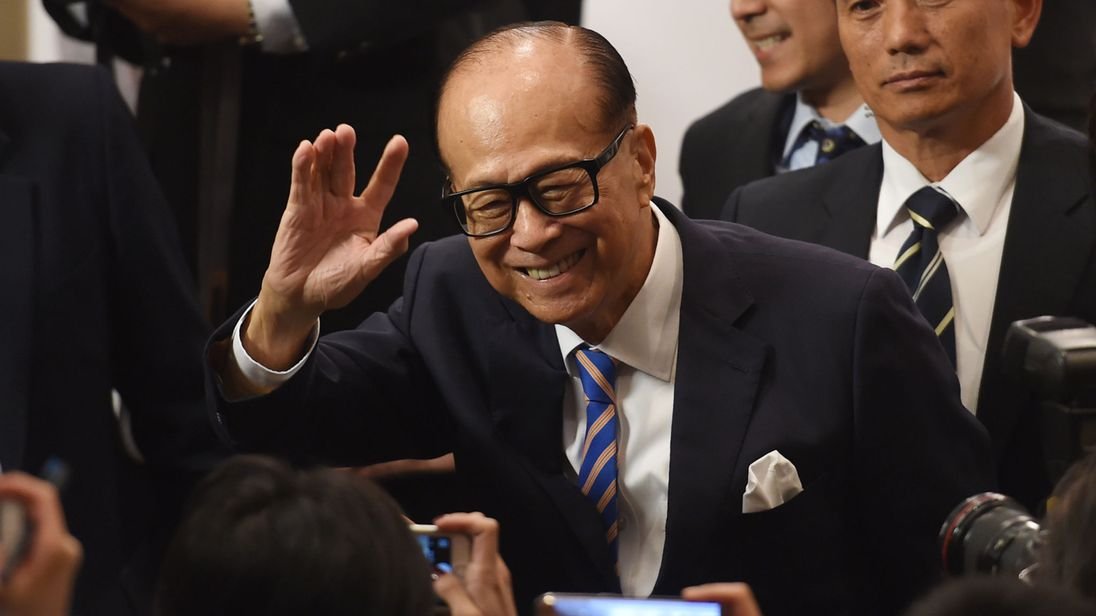 Li Ka-shing, the Hong Kong businessman dubbed ‘Superman’, has confirmed he will retire in May ahead of his 90th birthday.
The announcement was made in a regulatory filing to the Hong Kong stock exchange via his sprawling ports-to-telecoms company CK Hutchison (CKH), which includes the UK mobile provider Three in its stable.

His other UK business interests include ownership of Northumbrian Water and the port of Felixstowe.
CKH confirmed Mr Li’s eldest son Victor would assume the chairmanship, though his father would keep an advisory role.

READ ALSO
Man proposes to his girlfriend at EXPERIENCE yesterday
His retirement will bring the curtain down on a career in business spanning 75 years that has earned him a net worth of $35bn (£25bn), according to Forbes, ranking him in the top 30 richest people in the world.
The story of how he achieved his success is one of rags to riches, however he has always stayed true to his humble roots in China by refusing many of the trappings of wealth and giving over $2bn to charitable causes.
After fleeing war in China aged 12, Mr Li started out in his early teens working for a Hong Kong plastics firm to provide for his family after dropping out of school.
His first solo venture was making and exporting plastic flowers – sowing the seeds for an empire that would eventually span more than 50 countries and earning the jovial entrepreneur the nickname ‘Superman’ in his adopted home of Hong Kong.
READ ALSO
Cossy Orjiakor allegedly battered by her neighbour for interfering while he was beating his wife (photos)
He received an honorary knighthood from the Queen in 2000.
Confirmation of his retirement coincided with the release of Hutchison’s annual results showing a 6% increase in profits to $4.5bn