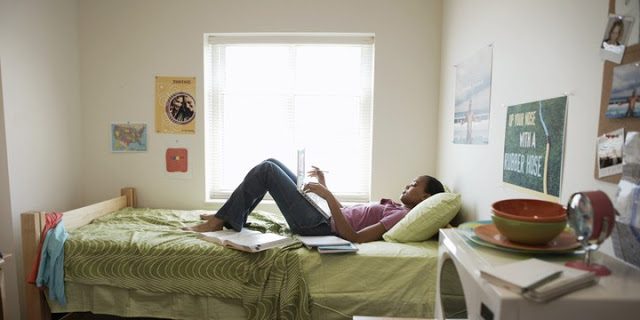 There is a general notion that students who live in decent housing units within or around their university have a better chance of excelling academically.

So much so that a lot of tertiary institutions in and outside Nigeria make it compulsory for first year and final year students to live on campus.

Academic performance here is defined as the level to which a student has achieved their educational goals. A lot of educators believe that there should be close proximity between a student’s living and learning environment in order to produce all-rounders that are socially integrated and mentally sound.

However, the lack of decent housing for students within and outside campus means that a lot of these students are left to their devices and have to settle for whatever is available. The population of students admitted into Nigerian universities has seen a significant increase over the years. A case in point is UNILAG with a student population of 58,000 but has only 8000 bed spaces available.

So, you passed the first major hurdle of gaining admission into one of the top tertiary institutions in Nigeria, but you now have to worry about where you will reside. This undue pressure is not a great start to the semester and students may end up struggling to keep up with their school work whilst looking for adequate accommodation.

The appropriate authorities have done very little to curb this issue and students end up paying a high price for this. It is widely believed that availability of decent housing units significantly reduces the risks of students dropping out and are more capable of achieving high level of academic performance. 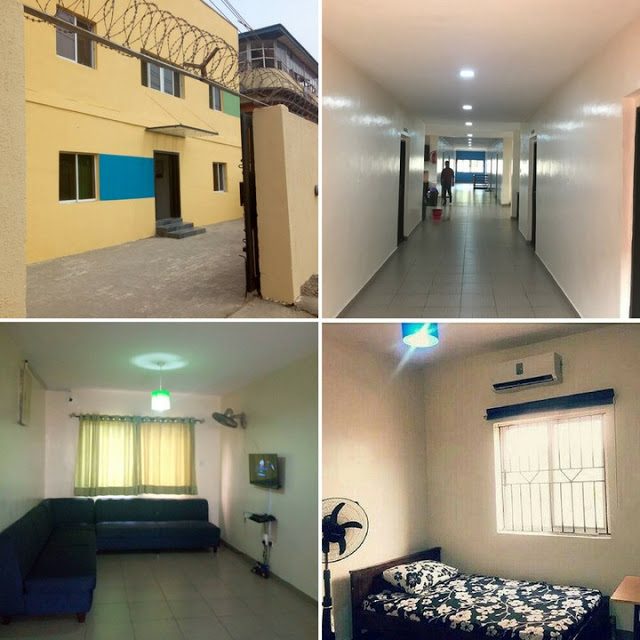 Despite this common perception, it is difficult to categorically attribute a student’s bad academic performance to his housing situation due to various reasons such as his socio-economic status — it could however, to a large extent contribute to it.

What is Bad Housing?
Housing is a basic need and fundamental human right of every individual. In Nigeria, the struggle to get decent housing at a reasonable cost is a constant issue faced by the citizens and the same can be said for students.

Some of the factors that influence the choice of a student’s accommodation are adequate security, availability of electricity and clean water, toilet facilities and a peaceful environment, proximity to campus and the fees.

Whilst some students prefer off campus accommodation due to privacy and better facilities albeit at a costly price, others prefer a cheaper, housing on campus that is close to their lecture halls.
Bad housing covers a wide range of issues including:
· Overcrowding
· Poor Physical Condition
· Inadequate security
· Poor Facilities

Whilst this is a simple definition, it does not give the full picture. The World Health Organisation (1989) provided recommendations that housing should be situated in a setting which has adequate commercial, social, religious, educational, welfare and health facilities. Residents who are not able to fully utilise these resources will experience a great deal of stress.

The same could be said for a student who lives in poor housing, having to share facilities such as bathrooms and kitchens, will have little privacy and the inability to function properly in such an environment.

Poor housing, as an immediate environmental stressor, therefore plays a central role in the psychological well-being of residents (Page, 2002). Below are the results of surveys carried out in 3 top tertiary institutions in Nigeria on the condition of student housing facilities.

– A survey carried out on the state of the basic infrastructure (water supply, refuse disposal and building condition) in Obafemi Awolowo University, Ile-ife shows that the university’s student hostels has more than average number of the total facilities in deteriorating conditions. (Department of Urban and Regional Planning, Lagos)

– An assessment on the condition of student hostels in UNILAG shows that more than average number of the total facilities are in bad condition — 27% as good facilities, 52.5% as poor facilities and 20.5% as fairly good facilities. (Department of Urban and Regional Planning, UNILAG)

– An assessment on housing facilities in The Polytechnic, Ibadan showed that 66.7% of the facilities provided were inadequate whilst 33.3% were adequate. (Department of Urban and Regional Planning, Bells University)

The Effects
Three components that are detrimental to a student’s health are overcrowding, dampness/moulds and poor sanitation. Maslow (1943) stated that learning is secondary to bodily needs and any attempt towards learning requires psychological and physical satisfaction.

Not having adequate security is also a major issue that affects a student’s academic performance because they end up living in constant fear of danger/theft of properties and are not fully able to concentrate in their lectures or stay up at night to study.

Living in noisy and overcrowded residences with minimal supervision put students at risk at falling ill or not being able to have private study time. They end up spending more time trying to get over one illness or the other rather than on spending time on their studies and as a result end up struggling to keep up with the school’s curriculum.

Research has shown that poor health seems to be the underlying factor for students’ low performance and/or even early school dropout. This is as a result of poor facilities — unsafe water, unsanitary bathrooms/toilets and poorly ventilated rooms.

Creating a hygienic and sanitary living environment has a great influence on the growth and development of the student both mentally and physically. On the other hand, some may argue that a students’ academic performance is solely dependent on his resolve and determination to succeed regardless of his surroundings.

For a student who is used to living in a not so great environment with no access to these excellent facilities, he may know no better and will likely be able to thrive in whatever environment he is put in.

Other factors that are not health related now come into play such as transportation — having to travel a long distance to get to school may mean missing some important lectures, lack of funds for school fees and not having the right backing from family, could be reasons why a student won’t perform well academically.

In conclusion, the lack of or deplorable conditions of facilities provided in student hostels across Nigeria is at an all-time high and has not received adequate attention from university administrators.

Living in such conditions is detrimental to the health of the students and will hinder them from attaining their full potential academically.

#BBNaija: “I can’t date Michael because he has small d*ck” – Jackie B tells...

Adedokun Moses - August 12, 2021 0
BBNaija season six housemate, Jackie B has revealed reasons she cannot be in a relationship with Michael, insisting that his small d*ck top the...

Johnson Olumide - February 17, 2020 0
A Young Man on twitter who goes by an Handle called Majority Leader Tweeted about the annual American Power Ball and said he did buy Billionaire  Femi Otedola's...

Had I Known – Kevin Prince Boateng

Violette - September 12, 2019 0
Ghanaian and international footballer Kevin-Prince Boateng has in a sombre reflection of his past, shared his regrets over some avoidable mistakes he committed. In an...

Ghanaian Lady reveals how her boss finally F*cked her by not wearing panties to...

Johnson Olumide - November 4, 2018 0
A Ghanaian lady has revealed how she systematically and successfully seduced her boss by not wearing panties to work. The young lady said she wore no panties...